Banks in the UK are investigating whether they pressured corporate clients into giving them extra business in return for loans, after the country’s financial watchdog warned against the practice during the coronavirus pandemic.

The Financial Times reports that lenders including Barclays, Deutsche Bank, HSBC and Santander are conducting internal reviews to find out whether any of their investment bankers tried to link emergency financing to more lucrative services, according to people familiar with the matter. 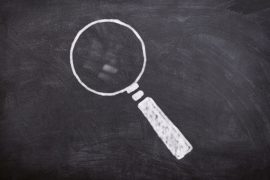 Those services could include advisory roles on share issues or bond deals, or the sale of hedging products such as currency swaps or interest-rate derivatives.

Last month the Financial Conduct Authority (FCA) sent an unusually strongly worded letter to the heads of UK lenders after receiving “credible reports” that some were abusing their lending relationships with struggling clients to strong-arm them into buying other services, while negotiating new or existing debt facilities.

Banks’ compliance teams are combing through phone and computer records of transactions because no face-to-face meetings have taken place during the UK’s two-month COVID-19 lockdown, spokespeople tell the FT.

“There have been concerns about mixing plain-vanilla loans with more complex markets products and a hard-sell approach to firms who might not understand what they are getting into,” says a senior Deutsche banker briefed on the matter.

“Compliance is investigating and wants to get its ducks in a row before the FCA follows up on its ‘dear CEO’ letter,” the person says, noting that the bank expects the regulator to do so by the autumn.

Banks will often lend to longstanding clients on favourable or even lossmaking terms in the hope of winning more profitable business in the future, such as underwriting share issues, advising on mergers and acquisitions, or selling bespoke derivatives products such as swaps.

In its letter, the FCA cited some recent advisory roles that may have been “in name only” — meaning the bank takes a cut of the fees without doing much, or any, additional work. The warning was sent after complaints from several City firms, including independent investment bank Numis.

Some shareholders also questioned why lenders not normally associated with large-scale UK equity issues — namely HSBC and Santander — had been paid to facilitate them. Sky News reported that one institutional investor said banks including Barclays had been “invisible” on a £64 million equity raising for DFS, a furniture retailer, despite getting credit for the deal.

Deutsche says: “As you would expect, and in line with our standard response to industry guidance from the regulator, we are carrying out a precautionary review of our activity”. The bank adds: “This is not because we have particular concerns; it is simply the appropriate action to take in response to the letter.”

“We are entirely committed to treating our customers fairly and complying with the expectations of our regulators,” says Santander.

“It is frustrating that as one of the banks still lending and trying to support vulnerable UK customers, we are unfairly accused by competitors of this behaviour,” says a person conducting an investigation at one of the banks.

“They’ve spun it as businesses being forced to pay on the side for products they don’t need in exchange for vital lending,” the person adds. “This is not the case. The only people missing out are the brokers who don’t lend but are now losing some of their underwriting fees.”

The FCA promised it would return to the matter once the peak of the coronavirus crisis is over. “We will be looking into this further but want any practice of this nature to cease immediately,” the regulator notes in its letter.

A person familiar with its operations says it was “entirely feasible” some banks would want to conduct their own internal reviews, adding that the FCA “would follow up as [it] said in the letter… and as you would expect.”