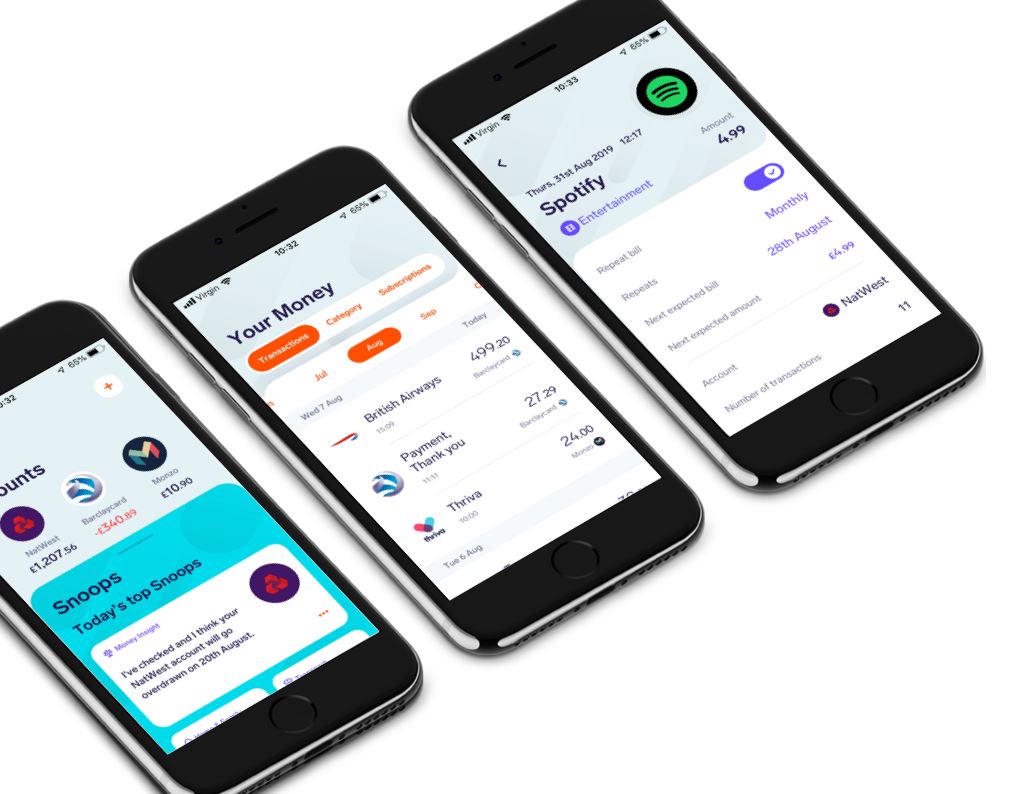 To date, the company has raised £9 million and is planning a Series A for later this year

The app, launched earlier this month, believes it can save an average household £1,500 annually on bills and subscriptions – be that with personal banking, insurance, energy, mortgage or telecom providers.

The fintech uses artificial intelligence (AI) to scour the internet on behalf of users to find the best deals, all the while using OpenWrk’s open banking technology to keep an eye on users bills to make sure they aren’t being overcharged by their providers.

Dame Gadhia believes the price comparison sites which have dominated the last ten years, such as MoneySuperMarket and Compare The Market, are ready to be disrupted with the help of open banking.

She believes Snoop will hit three million UK customers in a “relatively short period” and confirms that the app has been built for global expansion.

“The aim is for Snoop to become both a leading brand in tech and banking, without ever taking customer deposits or lending,” a source told Sky News.

To date, the company has raised £9 million, and it’s understood the fintech has a larger Series A fundraising planned for later this year.