Banco Santander has officially launched PagoFX in the UK, its new fintech which is set to rival low-cost international money transfer services such as TransferWise.

The bank says the service, which promises real-time exchange rates, will not incur any fees for sending transactions below £3,000 abroad until 16 June this year due to the ongoing coronavirus outbreak. 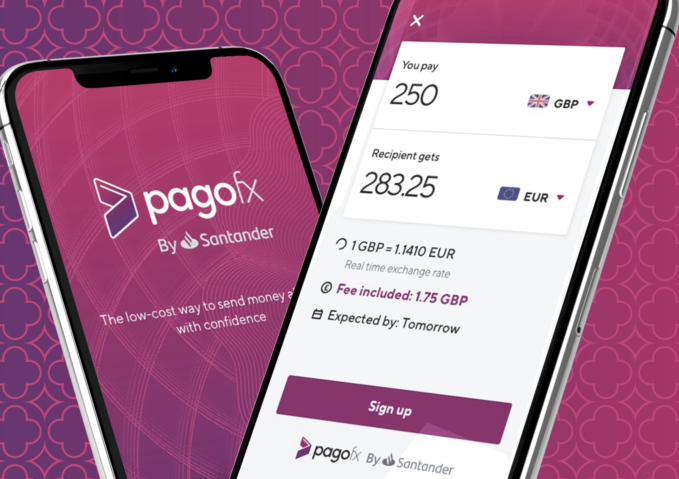 The 50-person team is made up of ex-employees from the likes of Amazon, PayPal and Intuit

Transactions of more than £3,000 will, however, be charged with standard PagoFX fees during this window, which are 0.70%-0.80% of the amount sent depending on the receiving country.

Customers do not have to bank with Santander to sign up, but they do have to be a UK resident with a debit card issued by a UK bank.

Santander says the fintech, part of its €20 billion digital technology pledge, will go live in roughly 20 other markets following its UK launch, giving itself the long-term goal of three-to-four years in which to achieve this market reach.

Later this year, the bank says it will launch in other European countries but has not specified the exact country yet.

Announced in April 2019, PagoFX secured its UK regulatory approval at the end of last December, and it is understood that PagoFX is in the process of applying for a Belgium licence.

The 50-person team, made up of ex-employees from the likes of Amazon, PayPal and Intuit, is based across Madrid, London and Brussels, working as an “autonomous” start-up.

Nevertheless, its link to Santander will be used as a big selling point by the fintech, as group executive chairman Ana Botín highlights, “the security and peace of mind that comes from a regulated entity backed by an international bank”.

The bank says 90% of users can complete the Know Your Customer (KYC) process and start transacting in “less than five minutes”.

Transactions will be delivered the same day “in minutes” in “most cases”, or by the next day through the app. Euros can be sent the same day until mid-afternoon, and dollars until late afternoon.

Some smaller European currencies have earlier cut offs in the morning, but PagoFX says 90% of its traffic is likely to be in euros and dollars. 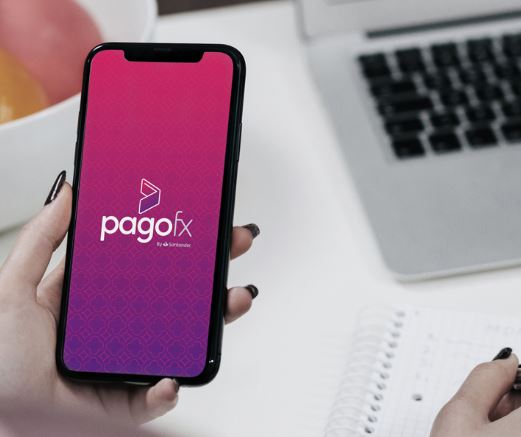 The fintech stresses that “Santander is a shareholder”, and that PagoFX will monetise like a start-up

PagoFX was born out of the bank’s existing international money transfer service One Pay FX, which serves customers across Europe and the Americas.

The bank wanted to create an “open-market version” of One Pay FX which did not just serve Santander customers.

But unlike a bank, the fintech will not offer customers phone support, instead establishing customer support channels via chat, web and e-mail – like many fintech start-ups.

Asked whether the fintech is a start-up in the true sense, CEO Cedric Menagar notes that PagoFX does feel like other start-ups he has worked in, in between his stints at PayPal, Intuit and BNP Paribas.

He stresses that “Santander is a shareholder”, and that PagoFX will monetise like a start-up.

“It’s always challenging to go at the speed of the market,” says Menegar, who counters this with PagoFX’s backend capabilities and bank-backed security, which he thinks will help the fintech stand out in the market.

Upon launch, payments through PagoFX can be made from the UK to the US, the eurozone, Poland, Switzerland, Norway, Denmark, Sweden and the Czech Republic.

In the “near future”, the fintech’s services will be rolled out to sole traders and small and medium-sized enterprises (SMEs) in the UK.