Exclusive interview: looking beyond the horizon

Following a career spanning more than 20 years at Barclays, Carole Layzell has been in the role of channel service director at Nationwide for just over a year. Her challenge upon joining the building society was to look at “what the future of CX looks like as well as how we serve our members today”. That is across all channels, from branch and contact centre to digital. 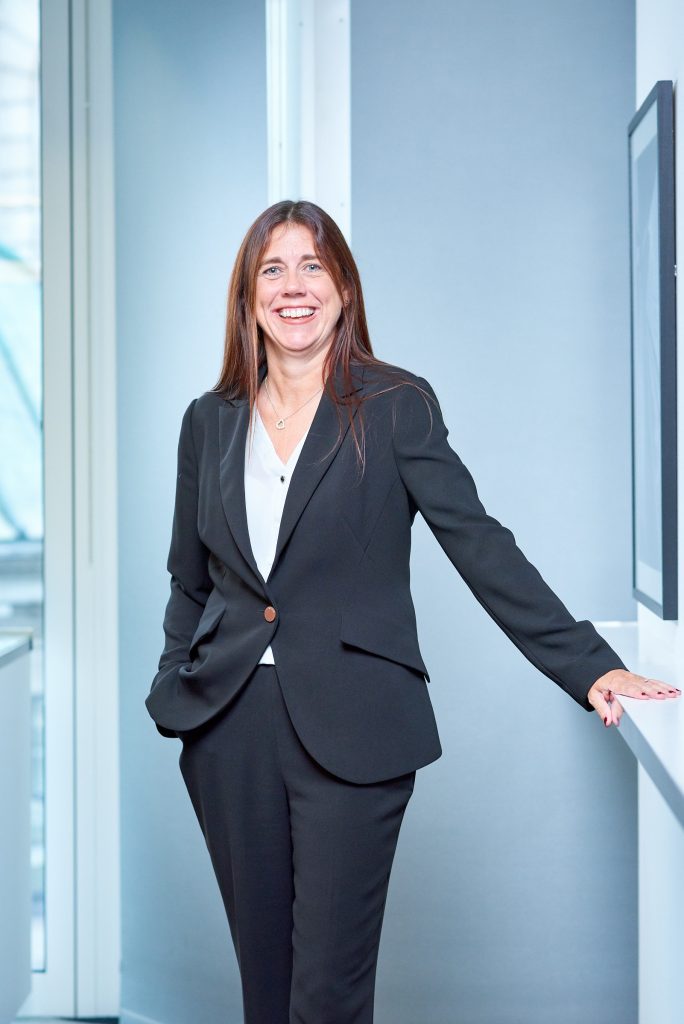 The future aspect of the role includes “scanning the horizon” and looking not only at its traditional competitors but also beyond these, including at the likes of Amazon. “Customers expect more and faster, they often expect instant,” she says. This requires a seamless experience and the ability to meet the needs of all of its wide demographic of members.

More than most, Nationwide remains committed to the branch as part of its strategy. It has its ‘Branch Promise’ – existing branches will remain in place until at least 31 May 2021 and, while it is not ruling out closures after this, these would be limited to “some older branches in a few areas”.

“The branch remains at the heart of Nationwide’s strategy,” says Layzell, but it recognises the importance of digital as well – “it will be a blend, as always”. For simple, single transactions, there is a member demand to “get in and get out”. “As always, we want to make sure we are staying abreast of the technology that is coming through.”

However, there’s also a belief that members still want to be able to come in “for moments that matter to them… they want the human touch”. Such moments might be when they want to increase their overdraft, save for a home, establish a power of attorney or have experienced a bereavement. More self-service for the day-to-day business releases colleagues so that they can be on hand to sit side-by-side with members, she says.

This is not limited to older customers, she feels – there is research that shows that students, when they start to rent accommodation, speak to two people – their parents/carers and bank or building society. It is not regular interaction and they are clearly tech-savvy “but they do trust us”.

Meeting the customer expectations means listening to them. Nationwide has introduced an ‘experience tracker’, a real-time survey that seeks to collect member feedback on their experiences of branch, phone, website and other interactions. That feedback aids staff at a branch level but the “thematics” are also used by Layzell’s team to direct its priorities.

Skills are an important part of the solution. “We need to take our colleagues with us on the journey,” says Layzell. “Does our current workforce reflect our future digital self? Often not.” This means training staff to give them the digital skills to do their work and to allow them to take that know-how to the members, helping them to, for instance, use the mobile app and internet banking, and ensure they are safe on-line from frauds and scams.

There is, of course, a balance. Members expect us to know everything about them, she says, so long as we are using their data in the right way. Data is clearly critical and as well as keeping that data safe, there are ways to use it to respond to immediate needs.

Layzell gives two recent examples of this. With the recent flooding in the UK across many communities, the Nationwide was able to message members in stricken areas and provided mobile insurance vans to give support. And with the collapse of the UK’s largest regional airline, Flybe, it used its data to identify employees and members who might have booked flights to offer help. With coronavirus, it is also looking at a range of scenarios, to see how it can help colleagues and members, with a proportionate response.

As with all established financial institutions, Layzell accepts that legacy systems are part of the challenge in responding to the needs. On top of this, there are the regulatory requirements that must be met and the ever constant need to ensure security from fraud and cyber-attacks. “Could we go faster? Absolutely.” But she believes the Nationwide has a “very robust technology strategy”.

The Nationwide has been through a major overhaul of much of its back office technology in the last decade or so, with SAP a key provider here. This was within a £300 million Voyager business transformation programme. Nationwide COO, Tony Prestedge, admitted it had been a painful process but it seems to have been a success and has brought greater flexibility. This includes the ability to launch and adapt products, and real-time processing, putting the Nationwide ahead of many of its competitors that either failed to undertake such a programme or tried and did not succeed.

Of course, fintechs are not burdened by legacy technology and can often move faster than the incumbents. It would be foolish not to see them as competitors, says Layzell, but there are also plenty of partnership opportunities. And she believes the fintechs still have the challenge of how to build trust with their customers. How many people are actually using them for their salaried accounts, she asks. They might use them if they are going abroad or for “going-out money” accounts but she feels many still choose traditional players for their main finances. And she raises again “the moments that matter” when people want to talk to a human.

Having spent most of her career at Barclays, Layzell says she is thriving on the focus on members and member outcomes at the mutually-owned Nationwide. The UK’s largest building society is consistently already highly rated for customer experience and service – it typically comes out well in surveys of its peer group, such as those run by Which? and Ipsos MORI’s Financial Research Survey (FRS). However, that in itself is a challenge, ensuring it stays ahead in these times of rapid change and uncertainty.