Byhiras has announced the on-schedule completion of its project with the country’s Local Government Pension Scheme (LGPS).

The company, tasked with designing a data system to monitor fund managers’ fees and charges in September, has confirmed that all UK LGPS pension funds and pools have been onboarded. 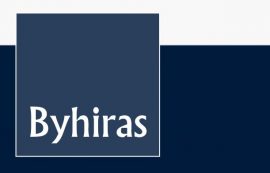 Byhiras’ hand in the UK’s £275 billion LGPS is a direct product of the Financial Conduct Authority’s (FCA) call for greater fee transparency in pension schemes.

The call came after the regulator conducted research which found a lack of competition, as well as a lack of clarity from investors on the objective of funds.

The system developed by Byhiras will validate and aggregate data about fees and expenses disclosed by asset managers to LGPS pension funds. It will also enable reporting and comparisons of investment costs.

Byhiras says the last six months have seen a “programme of roadshows and comprehensive testing” to get to this point.

“It is especially important in the challenging market situation we currently face that the LGPS is able to demonstrate the value provided by its investments,” says the Scheme Advisory Board’s (SAB) chair Cllr Roger Phillips. 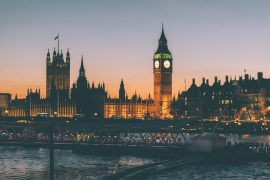 Despite still making losses, the company has seen an overall 45% improvement in its finances

The cost of Byhiras’ contract, which will last for at least another four years, is being met from within the SAB, making the service free for all UK LGPS pension funds.

The price is estimated to be £500,000 for the full five-year length of the project, bringing in £100,000 for Byhiras each year, according to public tender documents.

Start-up Byhiras filed a report on Companies House at the end of January – first reported by Financial News – which revealed it made a £2.4 million loss between April 2018 to March 2019, following multiple years of loss-making.

The fintech also announced a funding raise in January of £1.6 million to assure the industry it could continue operating.

Despite still making losses, the company has seen an overall 45% improvement in its finances compared to its £4.5 million loss the previous year.

“The almost unprecedented volatility we are seeing in markets means it has never been more important for data to be available throughout the entire investment management supply chain,” says Lusty on the project completion.

“The implementation of the SAB system provides each LGPS fund and pool with access to information on costs from different investment managers through a single service for the first time, helping them to deliver cost savings and improve investment outcomes.”

Read next: Plaid and Microsoft partner to turn Excel into a fintech app