Curve, the UK fintech which aggregates multiple payment cards through its mobile app, has hired the former CEO of UK regulatory body Payment Systems Regulator (PSR) as an advisor. 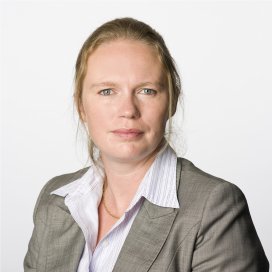 Hannah Nixon, who managed PSR for five years until last year, will advise Curve’s regulatory strategy as it continues to grow at home and abroad.

Curve is available to all 31 countries within the European Economic Area (EEA), and is looking to launch in the US later this year.

Nixon joins a flurry of executive appointments, which include head of machine learning Eyal Goldberg, head of growth Joseph-Daniel Millwood, and vice president and head of North America Amanda Orson.

Curve says Nixon will predominantly focus on guiding its UK and Europe-based regulatory activity, despite having set its sights on the US.

In the UK, the fintech is currently authorised by the Financial Conduct Authority (FCA) under an e-money licence which allows it to issue prepaid cards with Mastercard.

“Curve is continuously innovating and constantly pushing the boundaries of payments models and for that we needed someone of the highest calibre to guide our regulatory strategy as we scale our operation throughout Europe and the US,” Curve’s founder Shachar Bialick said in a statement.

As well as advising Curve on its regulation activities, Nixon will also be spreading her time across non-executive director roles at both the Channel Islands Competition and Regulatory Authorities (CICRA) and the National Grid Electricity System Operator (ESO).