As central banks across the world are forced to react to the economic strains the coronavirus is putting them under, it’s become abundantly clear that the delivery of these emergency funds to people and businesses is not quite as simple as announcing them on live television.

With a lack of sufficient digital infrastructure running through some of the banks tasked with doling out these huge billion and trillion-dollar bundles, some central banks have been left scratching their heads as to how they will physically get this money to those who are in need yet underbanked – i.e. cannot be reached through usual bank channels. 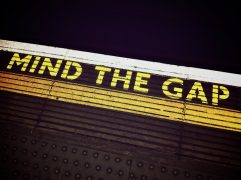 Institutional organisations are coming up short on digital innovation

In the US, House Democrats even considered the creation of a ‘digital dollar’ in one of the early drafts of the country’s $2 trillion economic stimulus bill. Though deciding to leave it out of the final draft, the mere consideration of such technology on a mass scale shows a huge leap in thinking by the likes of the Federal Reserve chairman, Jerome Powell, who has traditionally opposed the creation of a Central Bank Digital Currency (CBDC).

It seems desperate times are calling for ‘desperate’ tech – or almost, anyway. It remains to be seen whether this fast-forward in thinking imposed by the virus will help, in the long-term, remove some of the roadblocks emerging technology advocates have faced in the US.

The UK’s Bank of England hit similar roadblocks. Chancellor Rushi Sunak faced huge criticism for his lack of a financial aid solution for the five million freelancers across Britain, who suddenly had to rely on a minimum of £94 a week. Because the government had no digital solution for them to officially prove their salary was getting hit by the virus, they were initially excluded from the financial aid funnelled to fellow workers capped at £2,500 a month. 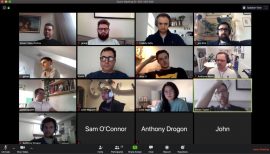 But whilst institutional organisations are coming up short on digital innovation, the pandemic has given fintechs a time to shine and ramp up the demand of their services. The lack of freelance aid offered by the UK government prompted a group of isolated fintech developers to create a solution for it over just one weekend, gathering hundreds of sign-ups by the day following the launch of its website.

And in the US, fintechs were vying to get involved in the state’s credit distribution to small businesses. So much so that they wrote a letter to US Congress asking to be included. Lenders such as Intuit, Square and Stripe can turnaround small business loans in a day, whilst a loan issued through the US government’s Small Business Administration (SBA) takes on average 30-45 days to arrive.

A correlation begins to emerge in which fintechs can easily meet the quick turnaround times imposed by the virus, but established institutions are not so prepared. This begs the question – will the coronavirus be the kick banks need to integrate and innovate more with fintechs?

Some are already doing this amid the crisis. HSBC partnered with the logistics arm of Chinese ecommerce giant Alibaba to offer seven-day approvals for trade financing loans of up to $500,000. Still not quite one business day, these sorts of partnerships hold a new sense of urgency as small businesses which underpin countries’ economies face collapse.

But whilst the virus still grows, it’s hard to tell which innovation gaps will change for good, and which will simply remain post-outbreak. It’s likely that the longer these urgent conditions hang over us, the harder it will become to ignore the need for some of these vital innovations.