After announcing similar deals with Southeast Asian ride-sharing firm Grab and Austria’s second-largest lender Raiffeisen Bank over the past few weeks, the German fintech will add $5.5 billion-valued Klarna to its payments partner list. 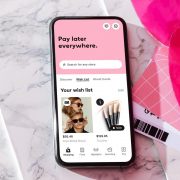 The partnership is intended to reach a “global scale”

All three of Klarna’s shopping methods – ‘Pay Now’, ‘Pay Later’ and ‘Klarna Financing’ – will be embedded into Wirecard’s merchant checkouts through a “a more streamlined and efficient integration” with the ‘Wirecard Financial Commerce’ platform.

Klarna, which works with more than 200,000 merchants including Nike, ASOS, and IKEA, believes it can increase an online store’s orders by 30% on average, and increase the average spend of consumers by 34%.

The two payment partners are also promising to cover the merchant and consumer risk, essentially guaranteeing the delivery of any transactions which happen on their combined platforms.

“We are proud to team up with Wirecard to combine the best of our offerings into a single solution,” says Klarna’s commercial VP Luke Griffiths.

“Our joint partnership will enhance both the merchant and end-customer experiences, while expanding our footprint to more geographies,” Griffiths adds, highlighting that the pair will be looking to extend the partnership beyond its initial nine countries to achieve “global scale”.