Wirecard, the German payments fintech, has teamed up with Grab, the Singapore-founded ride-sharing company dominating Southeast Asia, to connect their payment ecosystems.

The Munich-based firm will process card transactions made via the GrabPay e-wallet, as well as integrating Grab as a payment method for its merchants. 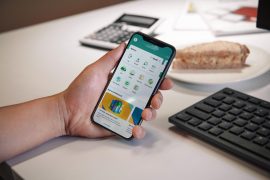 Starting with Malaysia, the Philippines and Singapore, the partnership is then expected to branch out to further afield markets.

“Together, we aim to continue disrupting the payment, tech and mobility industries with innovative solutions that can improve the lives of millions,” Waldenfels adds.

The German payments firm experienced an accounting scandal in its Southeast Asia operations last year which prompted its headquarters in Singapore to be raided by police last month.

Allegations claim Wirecard’s staff forged contracts and invoices for several years, and now eight of the firm’s subsidiaries are under investigation.

Wirecard’s expansion into the region, now riddled with a criminal investigation, is underpinned by the popularity it holds for digital payments.

A survey by the firm suggests more than 90% consumers in Southeast Asia have used digital payments both in-store and online, and that mobile wallets are almost twice as popular in the Southeast Asia compared to the rest of the world.

Now accepted by more than 600,00 merchants and downloaded onto more than 185 million mobile devices, the GrabPay e-wallet is set to obtain “greater security, convenience and flexibility” with the addition of Wirecard’s mobile payments solutions.

Senior MD of Grab Financial Group Reuben Lai says: “We are thrilled to partner with Wirecard as we progress on our journey of building a cashless economy for millions of businesses across Southeast Asia.”