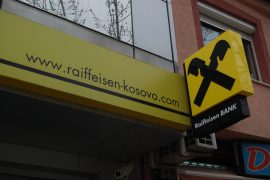 The two companies will jointly offer merchants a range of financial services through the ‘Wirecard Financial Commerce’ platform. Taking on the role of acquirer in non-EU countries such as Ukraine or Serbia, RBI will now be able to process all payments through the Wirecard platform.

“With RBI, we have a strong partner at our side for further expansion into Eastern European markets,” says Wirecard’s MD of Central and Eastern Europe (CEE) Roland Toch. “This enables us to take advantage of the great potential in this region, where 50% of transactions are still carried out with cash.”

Toch says Wirecard’s initial projects in the region “are already being implemented”, and that it has eyes for future deals with merchants.

The German fintech, which is a developer of software for payments and internet fraud protection by trade, began moving into the banking sphere itself last year with its mobile payments app ‘boon’. It announced pilots of an account last summer which would offer boon users the ability to manage their money, transfer it and make contactless payments through a linked Mastercard.

Since then the company has drawn some unwanted attention to itself. A special audit by KPMG was commissioned in October after the Financial Times published documents which suggested the company was inflating its profits in Dubai and Dublin. A criminal investigation into several of its Asia subsidiaries is also underway.

Read next: St Helena introduces electronic payments to the island with iPayu