St Helena introduces electronic payments to the island with iPayu

After a period of “extensive testing” with a chosen few merchants and consumers, alongside participation from St Helena’s central bank and government, the British Overseas Territory can now roll-out an island-wide offering which means inhabitants can begin paying with card rather than cash.

Roughly 4,000 kilometres east of Rio de Janeiro, the island itself is just 16 kilometres wide in size and is home to a population of approximately 4,500 people. Uninhabitable until it was discovered by the Portuguese in 1502, it is one of the most remote islands in the world. 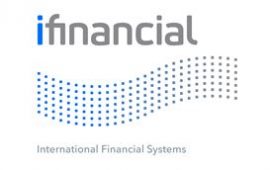 The electronic payment works by merchants scanning customers’ cards using an iPod through the app ‘Bank of St Helena iPayu’. The P2B payments solution says it has now been adopted by “almost one third of the adult population” on the island, reducing their need to carry cash.

As the first part of “a complete digitisation programme” designed to be eventually extended to tourists too, the aim is to one day allow visitors to just pay with their phone rather than have to get money out in the local currency.

“The tourist programme is currently expected to become operational from early 2020,” says iPayu in a statement. Peer-to-peer (P2P) payments are planned “for a future date” after this which has not been specified.

The freedom for tourist spending was one of the main drivers for the Bahamas’ development of a digital Sand Dollar last month. The Bahama’s central bank believes the creation of a digital currency will boost digital transactions throughout the country, as well as tap swathes of the population currently excluded due to remoteness from physical banking services.

iFinancial’s director Matthew Day says “iPayu is a perfect solution for small islands such as St Helena,” and that “the foreign-exchange capability [which] is being built into the tourist card project will enable a customer from one island to be able to buy goods on another island provided that both merchants are part of the iPayu network”.