US technology firm Fiserv has teamed up with Samsung and Visa to complete what it called a “first of its kind” Pin on Mobile transaction.

Fiserv is piloting the new technology in Poland alongside Visa, Samsung, and PayCore. The vendor plans to expand the pilot to Europe, the Middle East and Africa, and Asia Pacific countries.

Pin on Mobile refers to software-based PIN entry and authentication using a customer device like a tablet or mobile phone. A customer enters their details on a surface, rather than a typical terminal device. 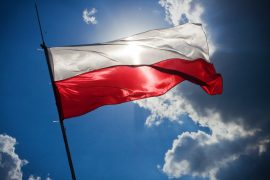 The tech vendor worked with Visa, Samsung and PayCore to test new product.

A chip card reader is still used to initiate the payment, but the PIN is entered through a software application installed by the merchant. It eliminates the need for a keypad, which some argue makes the system cheaper for all involved.

See more: PSD2 turns two – where do we go from here?

A payment can be made with contactless cards, NFC-enabled mobile phones, or other NFC-enabled devices such as wearables.

“The way people want to pay is changing,” said John Gibbons, executive vice president and head of EMEA at Fiserv.

“Contactless CHIP and PIN payments are common, yet over 23 million micro merchants in Europe alone may lack terminals to accept them.

“We’re making sure no merchant is left out and helping them do business in the cashless economy by turning the smartphone into a card acceptance device.”

Visa approved the solution to authorise contactless payments with PIN capture through its Visa tap to phone program.