Refunds worth $153 million are being sent to 109,000 US consumers affected by a series of fraudulent payments conducted by Western Union. 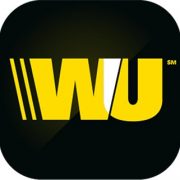 The distribution is the first of a series of refunds Western Union has been compelled to issue following 2017 regulatory action levelled against it by the Federal Trade Commission (FTC).

“Western Union turned a blind eye to the fraudulent payments made through its money transfer system,” says Andrew Smith, director of the FTC’s Bureau of Consumer Protection.

“We’re glad to be returning money to those consumers who were ripped off by fraudsters exploiting the Western Union system, and we will not tolerate Western Union or other payment companies facilitating fraud.”

The company’s settlement with the FTC required Western Union to pay $586 million in monetary relief. The $153 million figure is the first of multiple payments over the coming months to consumers who lost money.

The FTC, US Department of Justice (DOJ), and US Postal Inspection Service oversaw the 2017 enforcement action.

It charged Western Union with an awareness that fraudsters around the world used the company’s money transfer system, and that agents at the firm were complicit.

The investigation uncovered hundreds of millions of dollars being sent to China in structured transactions designed to avoid the reporting requirements of the Bank Secrecy Act.

According to US Attorney Eileen Decker most of the funds were being sent by illegal immigrants to pay their human smugglers.

A Western Union agent plead guilty to federal charges of structuring illegal transactions, which the company had known about for five years.

Documents seen at the time by the watchdogs showed that Western Union had fought keep hold of the employee in question because of the high volume of their activity.

“The losses and the number of victims in this case are staggering,” says John Walker, assistant postal inspector in charge at the US Postal Inspection Service.

“Today, we are happy to play [a role in] returning money to those who were scammed, delivering justice, and in this case, delivering restitution.”