After succumbing to pressures from a changing market and new digital-based challengers, Denver-based Western Union is chopping its workforce by 10% in coming months to generate $100 million annually by 2021 in a bid to cut costs.

Whilst Western Union reported a 5% decrease year-over-year in revenue to $1.3 billion, MoneyGram reported an even bigger revenue loss of 14% year-over-year, falling to $323.8 billion. 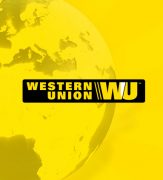 MoneyGram also revealed a net loss of $27.2 million, compared to its net income a year ago of $2.3 million.

“Financial results in the second quarter were impacted by slower than anticipated recovery of the US-outbound market,” says MoneyGram chairman and CEO, Alex Holmes. “Along with the continuing market challenges in the US-US business.”

“Importantly, however, we reported accelerated growth from our digital platforms and returned to year-over-year growth in many key corridors as we saw a sequential increase in active, returning and new customers.”

Digital transfer is still just a small part of both businesses, but MoneyGram did report 16% of its money-transfer revenue was made up of digital revenue this quarter.

This spring MoneyGram tackled competition from challengers such as Xoom and Remitly Inc. by taking a $30 million investment from Ripple Inc., giving it access to Ripple’s xRapid network and XRP digital currency.