It is difficult to watch the apocalyptic fires that continue to ravage Australia. I was particularly struck last week by a photograph in the press of a silhouetted kangaroo against a bright orange wall of flames in Conjola on the New South Wales coast. 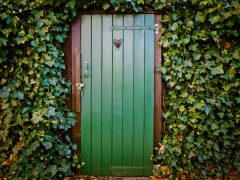 Tokenisation is a new innovative mechanism for sustainable financing.

Approximately 500 million animals are reported to have perished as a result of the crisis. It’s heart-breaking.

I find the growing length and severity of global wildfires concerning. Natural wildfires are common and have been part of the earth’s ecosystem since there was plant material to burn. Millions of acres of land burn every year.

But man-made mass destruction of trees and woodlands, particularly through burning, is exacerbating the situation further.

Swedish climate activist Greta Thunberg made an interesting short film in September 2019 to coincide with her speech at the UN Climate Action Summit. It highlighted how nature, specifically trees, is a tool to fix our broken climate. How trees are a major part of the answer to our climate emergency.

Today, forests account for around 30% of land worldwide. But they are disappearing at an alarming rate. According to the World Bank, between 1990 and 2016, the world lost 1.3 million square kilometres of forest. An area larger than South Africa.

The WWF estimates that 27% of the Amazon will be without trees by 2030 if the current rate of deforestation continues. The Amazon, the ‘lungs of the world’, is the biggest deforestation front globally with scientists arguing that urgent intervention is needed to prevent a large-scale, irreversible ecological disaster.

The question is, what can the financial services and fintech industry do to help?

Green finance, sustainable finance, ESG investing; whatever your term of preference, it is a fast-growing sector. But investor choice is limited; green bonds, green funds, sustainability loans, to name just a few; and are only open to institutional investors.

What about the person on the street who wants to have the opportunity to play their part in saving the planet?

The answer lies with blockchain technology. We need to tokenise the world’s trees.

Tokenisation is a new innovative mechanism for sustainable financing which can be made available to all types of investors.

A level more accessible to the general public. Imagine being able to own the equivalent of one square metre of a forest and have the option to trade that token on an exchange, if you wanted to.

Is there appetite for this? Yes. You only have to look at the overwhelming success of social media campaign #TeamTrees by YouTubers MrBeast and Mark Rober. They recently smashed their goal to raise $20 million in less than two months to help the Arbor Day Foundation plant 20 million trees in ‘a forest of high need around the globe’.

A rapidly growing number of people are concerned about their personal carbon footprint and want to make changes to their lifestyle to reduce it.

Through tokenising forests and other natural areas, the public would have the optionality to offset their carbon footprint – from driving to flying– by investing in tokenised forests or renewable energy projects.

In some ways this would be similar in concept to that of British Airways which this month became the first UK airline to offset carbon emissions on all its flights within the UK and invested in carbon reduction projects around the world. Only with greater choice and personal control over where your money goes.

Science is telling us we are running out of time to save our planet. We need to act now, while we still can. Everything we do, large or small, can help to make a difference.

We need to persuade Governments and private landowners to tokenise the world’s forests.

By Louisa Bartoszek, head of communications, 20|30 Group and Mozaic Markets