Bank Austria – a subsidiary of UniCredit and the largest bank in Austria – has teamed up with PayKey to roll out its social banking solution. This will give Bank Austria the ability to implement peer-to-peer (P2P) payments and balance checking through its users’ social and messaging apps.

“Many people talk about digitisation, we make it happen,” says Bank Austria’s CEO Robert Zadrazil. “It goes without saying that our customers communicate with us on an increasingly mobile basis: almost one in two customers already use mobile banking.” 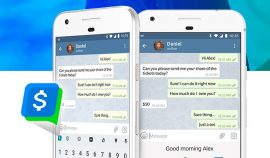 For PayKey, this is the fintech’s fourth launch with a major European bank, adding UniCredit to ING, Standard Chartered and HSBC. It has made all 16 of its bank partnerships outside of the continent.

equensWorldline, a subsidiary of Worldline, is also entering into what it says is “a long term” partnership with UniCredit, to process its payments – including Single Euro Payments Area (SEPA), instant, multi-currency, domestic and high value – in Austria and Germany.

Read more: Bunq CEO: “It’s a marathon not a sprint, we run our own race”

“We are very proud of this partnership, which shows that more and more leading financial institutions are exploring the benefits of sourcing their payments operations from a specialised pan-European payment processor like us,” says equensWorldline’s CEO Michael Steinbach.

“We are seeking to build the future in order to shape the payment landscape in Europe,” says CEO

This is an exciting deal for the payments processor, as Austria and Germany are two of UniCredit’s core markets. “We are seeking to build the future in order to shape the payment landscape in Europe as well as globally by collaborating with strong leading bank partners such as UniCredit,” Steinbach adds.

Mustier has steered UniCredit for more than four years, hailed for turning around the biggest bank in Italy. He has cut costs as well as 14,000 jobs, got rid of bad debt and minimized the bank’s international presence.