The Bank of England has unveiled its new plastic £20 banknote featuring the English romantic painter JMW Turner. The bank expects half of all ATMs across the UK to be dispensing the notes in just two weeks’ time.

Supposedly “the most secure” UK banknote to be in circulation, its release comes as campaigners warn the new chancellor of the exchequer, Rishi Sunak, that the cash system could collapse within a decade if new laws are not put in place.

Access to Cash Review, an independent body looking at the effects on consumers as the UK moves away from cash, has urged the government to pass laws which give regulators the tools they need to protect cash access.

Cash payments are forecast to fall to 3.8 billion in 2028, from the 11 billion cash payments made in 2018, according to UK Finance. 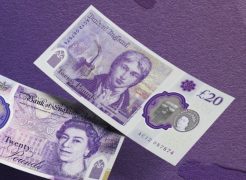 “We must ensure the shift to digital doesn’t leave millions behind or put our economy at risk,” says Natalie Ceeney CBE on behalf of the Access to Cash Review. Due to present his first budget on 11 March, Sunak has been asked by campaigners to take action on these concerns in the review.

Two million people in Britain still don’t have a bank account according to the Financial Inclusion Commission (FIC), and Access to Cash Review’s 2019 report found that eight million UK adults would struggle to cope in a cashless society largely because of the country’s poverty levels.

Read more: Community spirit: Reminiscing on the halcyon days of the bank branch

Despite just leaving behind a decade of austerity, former chancellor Sajid Javid announced at the end of January that budgets will be cut by a further 5%. Campaigners worry that if cash usage is not protected by law, then those depending on it as a result of prolonged austerity will be hit the hardest. 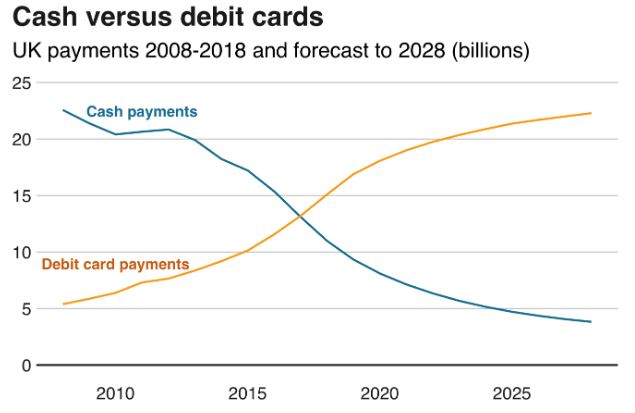 “We are talking about some of the most vulnerable people in our society losing out as access to cash declines, for example due to the continued closure of free-to-use ATMs and bank branches,” says SVP Niccolo Garzelliat at Auriga, a financial software firm.

“The argument for protecting access to cash is not about keeping cash for sentimental reasons, but is about securing the livelihoods of the people it directly affects,” Garzelliat adds. “TSB’s recent IT failure, the bank was able to direct customers needing emergency cash to its bank branches, something that wouldn’t have been possible if cash was no longer an option.”

TSB was criticised in a report from law firm Slaughter and May for its major IT meltdown in April 2018 which was caused by a botched core banking replacement.

As banking outages increase and the number of branches and ATMs depletes, regulators – most recently the Financial Conduct Authority – have raised concerns over the banks’ dependency on third party IT providers which can compromise consumers’ access to cash.