UK campaign group Positive Money is taking advantage of the country’s upcoming election to target constituencies worst-affected by the closure of free-to-use cash machines in a bid to force the issue onto political parties’ agendas.

From Thursday 28 November for the next two weeks, the group’s spokesperson Rachel Oliver says “thousands of us will be calling on our candidates to support enshrining free cash access in law”. 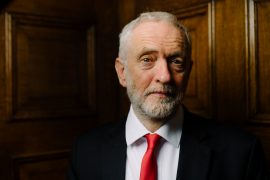 In Positive Money’s data, which was published by the ATM network Link, the group specifically mentions Lincoln and Lanark, and Hamilton East as two of the marginal seats which could be swayed on the promise of more free cash machines.

Lincoln is a Labour seat with a majority of 1,538 votes, but the constituency has lost 29 free-to-use cashpoints between July 2018 and August 2019. Lanark and Hamilton East is an SNP seat defending a much more slight majority of 266 and has lost 14 machines.

All five of these swing seats are up for grabs by the Conservative Party, which currently has 43% of the country’s vote according to a recent poll by YouGov.

But Lanark and Hamilton East is also up for grabs by Labour, the second main party to the Conservatives which also has five other swing seats within its reach hit by slashes in the number of free-to-use cash machines.

Positive Money says 41 of the hundred most marginal seats have lost “at least ten free-to-use cash machines in just over a year”.

Putting swing seats aside, London constituencies have seen some of the highest losses in free-to-use cash machines in the last year. Cities of London and Westminster has lost the most ATMs of any constituency in the past year at 54. The next hardest-hit constituency is Manchester Central which has lost 52.

Despite the move to cashless in major cities – one in three Londoners say they would open a digital-only bank account according to a Vocalink report – people outside these bubbles are still carrying cash in their back pocket and using it to budget.

According to Positive Money, a total of 5,644 free-to-use cash machines have closed in the UK between July 2018 and August 2019.