How Canada’s Wealthsimple is building a whole financial suite

Wealthsimple, the Canadian investment management challenger with five billion in assets, launched a no-fee spending account with 2.4% interest in Canada at the end of last month. The fintech – which is not a bank – has partnered with two unnamed “major Canadian banks” to deliver the cash offering to customers.

Founded in 2014, Wealthsimple is one of the few millennial investing platforms to be live across three major markets, including the US and the UK. The company has now launched four products covering spending, investing, tax, and trading, and it claims to have the largest digital investing presence in Canada, dominating roughly 70% of the market there now.

Its Europe CEO, Toby Triebel, sat down with FinTech Futures to discuss how the platform works. “We stand out in user experience (UX) – it’s so easy for anyone to become an investor,” says Triebel. “We have a lot of first-time investors, they account for just shy of 50% of our customer base, but we also cater to seasoned investors.” 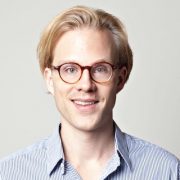 Initially the fintech focused on long-term investors, offering ISAs, junior ISAs, and pensions as well as a basic autopilot investing account. Automatic re-balancing is included across all these portfolios, and the self-invested personal pension (SIP) allows users to aggregate their other pensions, similar to the service offered by PensionBee, so they can view them all in the app.

In Canada, users also have access to ‘Wealthsimple Trade’, where they can buy and sell more than 8,000 stocks and exchange-traded funds (ETFs).

Read more: What does open finance mean for the wealth management sector?

But its acquisition of Toronto-based online tax-return filing service Simple Tax last September and last month’s move into the day to day spending space confirms that the challenger is gearing up to become a one stop financial marketplace.

“Establishing yourself in the long-term savings space is the toughest part, now we’re trying to build the whole suite,” says Triebel. He reveals that one in three of the fintech’s customers log into the app everyday. For a long-term investment platform, these activity numbers are significant. One of the big taboos in the challenger space is the definition of an active customer, since many count an active customer as someone who uses their services just once a month.

Wealthsimple’s investing platform offers all customers access to a financial adviser, whether they’re on a free or paid plan, and no matter how much they hold in funds. “Technology makes the platform accessible and transparent, but we firmly believe in human interaction,” says Triebel. 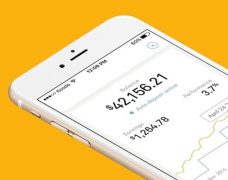 If you invest more than $100,000, you automatically become a Wealth Simple Black member. The upgrade means lesser fees, going from a 0.9% all-in fee to a 0.7% all-in fee. “We’re quite affordable,” says Triebel, pointing out that the average UK investor pays in excess of 2% in wealth management fees.

When asked about the potential competition in trading apps such as Robinhood and Freetrade, Triebel is not worried. “Trading apps are an afterthought,” he says. “It’s like playing around and you can lose a lot more money. You wouldn’t put all your money into trading. 2019 has been great for the stock market but that can change – as the saying goes, my cat can pick stocks better than me.”

Similar to Canada in that there is only a handful of incumbent banks, the UK is the fintech’s smallest but fastest growing user base. “We’re growing faster in the UK than when we grew in Canada when we were at the same business point,” says Triebel.

However, Triebel also notes the UK’s awkwardness around money. In Canada, the fintech has interviewed actors such as John Ham and Elijah Wood, as well as Moroccan-American rapper French Montana and Canadian author Margaret Atwood, all in a bid to encourage people to open up more about money.

“We’re building a lifestyle brand,” the Europe CEO concludes. “Investing is scary and complicated, and it can be very expensive, but people should be confronted with their finances.”