Michael Spencer, one of the City’s best-known entrepreneurs, has become the cornerstone investor for a new UK fintech fund that aims to raise up to £100m, according to The Financial Times.

Spencer is to contribute at least £25m via his IPGL vehicle to a fund called Element Ventures, which will focus on investments in technologies that streamline working practices in financial markets. 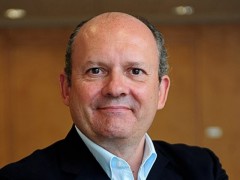 Spencer is to contribute at least £25m, via his IPGL vehicle to Element Ventures.

The investment represents one of the largest Spencer has made since selling his trading technology group Nex to the Chicago Mercantile Exchange in 2018 for £3.9bn.

He has built up a personal fortune of around £1bn since founding ICAP, the interdealer broker, in 1986. He sold £200m worth of ICAP shares in 2017 and the sale of the company, re-branded as Nex, to the CME earned him another £750m.

Private money has continued to pour into emerging financial technologies. Funding for the global fintech sector was $8.9bn in the third quarter of the year, according to CB Insights, making it one of the busiest on record. However, most of that has been focused on consumer services such as payments and wealth management rather than capital markets, and few have turned a profit.

Element will focus on technology in trading infrastructure, wholesale capital markets, asset management and insurance. It was founded last year by Steve Gibson and Michael Mcfadgen, who ran the venture capital arm of Nex and left after the CME purchase.

The fund has also hired Spencer Lake, the former vice-chairman of global banking and markets at HSBC and aims to close in the middle of the year, according to a person familiar with its plans.

“The financial services industry is undergoing greater change than I have ever seen in my 40-year career in the markets,” says Spencer. “The opportunities are simply enormous. I’ve worked with Steve Gibson and Michael Mcfadgen before and have an enormous amount of time for them, so I am pleased to back Element and I believe it will become one of the UK’s leading venture firms.”

London is the largest home for fintech companies in Europe, with more than 150 regulated companies. Fundraising has tended to be small; Monzo has raised £300m over several years while Revolut is in talks to raise more than $500m in a single deal.