Kristal.AI raises $6m in Series A for algo-powered wealth management

Singapore-based wealth management start-up Kristal.AI has raised $6 million in a Series A funding round. 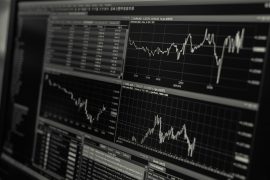 Kristal.AI claims to use algorithms to predict investment strategies

Kristal.AI, founded by Indian entrepreneurs Asheesh Chandra and Vineeth Narasimhan, claims to use a patented algorithm to recommend investments and create a personalised portfolio for each of its users.

The two men founded Kristal.AI in 2016, and steered it through a seed round worth $1.2 million in July of that year. IT accrued a further $1.9 million of seed funding in April 2018.

The $6 million Series A will be used by the firm to improve its technology infrastructure and underpin an expansion into the Asia Pacific and Middle East markets. Kristal.AI also plans to launch a new product in the Indian market by the end of the year.

“Traditional banks offer such hyper-personalisation only to high-profile clients, but we are bringing it to the every-man. Kristal.AI’s strategies are made for the new-age global investor,” says Chanda.

Kristal.AI states on its website that it handles $100 million in assets under management, and has more than 10,000 users. It claims to have delivered 14% returns historically.