Andreasen says he’s tried and tested a number of providers’ solutions at the bank, but none of them have left him feeling satisfied.

“We’ve tested different chatbots, but I don’t like them, and more importantly customers don’t like them,” Andreasen tells FinTech Futures on the sidelines at FinovateEurope in Berlin.

For the CDO, one of the first to take on this newly-created role at Denmark’s biggest lender, there needs to be people between the technology – because there’s still huge swathes of the population which aren’t ready for straight automation. 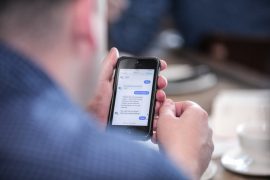 “I always start with ‘how can we help the customer?’, rather than ‘how we can save money?’,” says Andreasen. But with the bank’s warning that profits could almost halve this year due to pressures from a decade-long €200 billion money-laundering scandal and negative interest rates, it seems this ‘customer before cost’ attitude could start to become compromised.

The digital chief is of the firm belief that a bank still has to be a part of the community, hence the continued emphasis he puts on the branch. Despite growing numbers of bank branch closures – Danske closed two of its now just 13 Northern Ireland branches last year – investment is still being split between physical and digital channels.

The Danish lender, one of the first three CIM9s to launch a compliant open banking offering, has committed £3 million to improving “key local branches” in the past three years. Despite his disregard for chatbots, Andreasen says walking into a Danske bank branch is like walking into Apple. “You feel like you’re inside an iPhone”.

“The ‘do it yourself’ approach just leads to customers getting dropped,” he says. “We put people in between the DIY technology – lots of banks have forgotten that step.”

Asked what he thinks about the lack of a physical channel offered by many challenger banks, Andreasen says they are just “targeting small market segments”, or “the smart money” as he also calls it. “The core of banking is lending,” he adds. “We’re in it for the long run”.

Noting how other incumbent banks are reacting to digital competition, Andreasen is not convinced their reactions are all the right ones. He uses RBS as an example, which spun out consumer challenger Bó and business challenger Mettle last year to compete with the likes of UK neobanks such as Starling and Monzo.

“They [RBS] are older and slower, but they’re still trying to compete with the likes of Starling. We [the incumbents] have a different focus, we have the whole cycle of customers [retail and corporate]”. 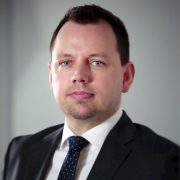 Of course, Starling has the dual play of retail and business customers with loans tied into both, making up a large segment of what Andreasan calls the “whole cycle”. But he combats this by saying Danske “is not trying to get [its] books to grow fast”, presumably like he thinks Starling is.

“We’re trying to pick quality. The worst thing you can do is lend to a business that won’t survive, so getting your credit book in order is super important.”

The bank executive also feels that incumbents like Danske have a far more mature attitude to risk, noting how challengers’ chief risk officers (CROs) have gone in and out of their doors far too quickly, or have been introduced far too late. Since 2016, Revolut has lost two chief risk officers, a chief compliance officer and two money laundering reporting officers.

Danske’s IT infrastructure is relatively unique, in that it all rests on one single database. This makes connecting to APIs a lot easier, and it also means less replication of data which can be a huge security risk. For comparison, Andreason says he was talking to a bank based in Paris – who he would not name – which has 23 different IT platforms.

With 25% year on year growth in digital transactions on Danske’s platforms, Andreasen seems confident that his part-person and part-digital approach will help the bank evolve – and presumably push through what are expected to be some tough times financially for the bank.

Read next: LAPO Microfinance Bank in tech overhaul with Oracle