UniCredit has kicked off plans to cut around 6,000 jobs and close 450 branches, part of a cost-cutting exercise announced last year. 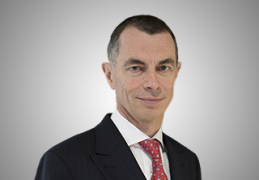 In a union letter seen by Bloomberg News, the Italian bank says that it will be making redundancies through early retirements in a “socially responsible way”.

In a bid to reward shareholders through dividends and buy-backs, UniCredit aims to release half of its underlying net profit to shareholders in 2023 – forecast to be just over €8 billion ($8.9 billion), and 40% each year until then.

UniCredit aims to become a paperless retail bank by the end of 2020 in its home country, and do the same in Germany and Austria in 2021.

In 2019 the bank’s cybersecurity team identified a potential data breach involving a file created in 2015 and containing a set of three million records relating to its Italian customers.

The records consisted of names, cities, telephone numbers and email addresses. The bank stresses that no other personal data or any bank details permitting access to customer accounts has been leaked.