UniCredit, Italy’s largest bank by assets, has announced 8,000 job cuts as part of a three-year plan to increase shareholder value and reach a 2023 revenue target of €19.3 billion ($21.4 billion). 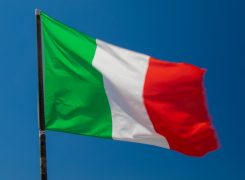 In a bid to reward shareholders through dividends and buy-backs, UniCredit will aim to release half of its underlying net profit to shareholders in 2023 – forecast to be just over €8 billion ($8.9 billion), and 40% each year until then.

Earnings per share are predicted to go up 12% per year, and UniCredit CEO Jean Pierre Mustier said the three-year plan would increase stakeholder value by €16 billion ($17.7 billion).

The bank is looking to close 500 of its branches and become a “paperless retail bank” by next year in Italy, and by 2021 in Germany and Austria.

Revealing that more than three quarters of the restructuring costs will be applied to Italy, local news agency ANSA quoted unions which said Italy will be hit with 5,500-6,000 of the job losses and 450 of the branch closures.

“Job losses in Germany and Austria will be negligible, while in Italy … those who lose their jobs will have a hard time finding another post,” says European lawmaker Fulvio Martusciello, who is trying to seek a meeting with Mustier to evaluate the impact of cutting so many jobs in the Italian economy.

Read next: Nordea writes off millions in IT impairment charges