Deutsche Bank already using robots as it gears up to cut 18,000 jobs 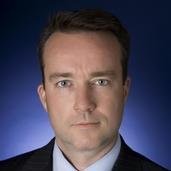 Matthews say the bank has so far used bots to process five million transactions in its corporate bank and perform 3.4 million checks within its investment bank.

Called Operations 4.0, the German bank is aiming to automate large parts of the institution’s back office so it can streamline processes and redistribute capacity.

Having already cut 4,700 jobs in the last year, a spokesperson for Deutsche Bank confirmed that about 1,000 were done since the announcement in July.

The bulk of its equity research department has remained in place, but large swathes of its stocks sales and trading division have not been so lucky.