HSBC is planning to replace the long-serving head of its investment bank ahead of a big restructuring that will result in large-scale job losses at the unit he has led for almost a decade, according to the FT. 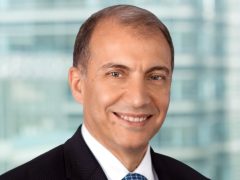 Assaf, head of global banking & markets, expected to move to a non-exec role.

Samir Assaf, head of global banking and markets, is expected to be moved to a non-executive role at the division as part of a series of changes to the group’s management team as interim chief executive Noel Quinn makes his mark on the bank, according to people briefed on the matter.

The executive changes could be announced later this year or in early 2020, before Quinn unveils a new strategic plan in February to try to revive the bank following years of disappointing returns.

Assaf was appointed in December 2010 and has become one of the longest-tenured heads of a global investment bank. In 2017, he described himself as “the last man standing” in the industry, following the departure of a string of his contemporaries, such as Anshu Jain at Deutsche Bank and Rich Ricci at Barclays.

Since then, Assaf outlasted another group of European investment banking chiefs, including Garth Ritchie at Deutsche Bank, Andrea Orcel at UBS and Tim Throsby at Barclays. The FT reports that Assaf is known for his courteous, old-school style in an industry that has at times been dominated by hard-charging executives.

His move comes at a tumultuous time for HSBC, which in August ousted its chief executive John Flint after just 18 months in the job because he had lost the confidence of the board of directors, including chairman Mark Tucker.

Last month, Quinn announced his intention to “remodel and reshape” the lender after it revealed a 24% decline in quarterly profits and abandoned its main profitability target. Earlier that month, the FT reported that the overhaul threatened 10,000 jobs.

Quinn, who became interim chief executive in August, is the only internal candidate for the permanent job, although the bank is also engaged in a search for external contenders. The executive shake-up presages a major overhaul of HSBC that is expected to result in thousands of job losses, many of them at Assaf’s division, as the Asia-focused bank seeks to slash costs and reduce its exposure to markets and businesses with low returns.

The scale of upheaval in investment banking in Europe is reflective of a torrid period for the industry, which has struggled to compete with US rivals like JP Morgan and Bank of America since the financial crisis. Some banks have decided to pull out of areas of investment banking that were once seen as essential, such as Deutsche Bank, which recently exited equities trading.

“They’re definitely going to replace Samir and the successor is going to have to take an axe to the division,” says one adviser to HSBC. “Samir is near retirement age, and this is a two-to-five-year job.”

Some of Assaf’s colleagues had questioned whether he had the appetite to shrink the unit he spent nearly a decade building. However, by moving him to a non-executive role the bank hopes he can help his successor carry out the restructuring.