Royal Bank of Canada (RBC) has revealed its plans to create a digital bank for “super-affluent” US consumers. Part of its bid to later create a “direct-to-consumer” business in the US, Canada’s biggest bank with $1.1 trillion assets says it will launch a new bank there later in 2020 or early next year.

The bank’s US subsidiary, the Los Angeles-based City National Bank which largely serves a wealthy client base, has seen deposit growth lag behind its more affluent loan growth. The creation of a digital bank is therefore designed to boost deposit growth, initially enticing rich US citizens with the prospect of a high-yielding account.

CEO David McKay says RBC’s US presence is evolving beyond commercial lending and wealth management, going “a little down-market” from the wealthiest in the country to the “super-affluent” customers, with a “direct-to-consumer strategy” to arrive later. 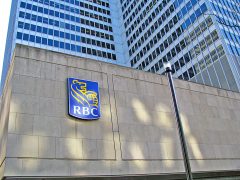 “The loan book has been growing faster than the deposit book, so growing our deposit strategy has become of paramount importance,” says McKay in the bank’s earning call first reported on by BNN Bloomberg. “You’ll see us bring in some new capability around that to make sure that we’re able to continue to grow both our loans and deposits.”

Known as “Bank to the Stars”, City National Bank will not be the only US-based RBC entity to benefit from the growth. RBC Bank Georgia, the US-based retail banking division of RBC which serves 400,000 Canadians living in the US, and RBC Wealth Management US, will also be built upon through the new customer diversification and eventual direct-to-consumer business.

Chief financial officer Rod Bolger says creating a new digital bank has been in the works for a while, the earliest signs of it cropping up in 2014. “It’s consistent with our strategy,” Bolger tells BNN Bloomberg. “It’s basically building capability as we build out our second home market, and it’s building a broader spectrum of products and services for today’s affluent and high-net-worth consumer.”

RBC will face some significant competition from well-known US digital banks such as Capital One, Ally Financial and USAA Federal Savings Bank, as well as from new offerings created by the likes of Goldman Sachs, MUFG Union Bank and Citizens Financial Group.

But the Canadian bank has a strong tech-focused presence north of the boarder, which has prompted industry experts to point out the bank’s experience as pitting it in a good position to develop a new digital offering. “RBC’s Canadian operation is fairly strong and very tech focused, so that’s one of their advantages,” says DBRS Morningstar’s senior VP John Mackerey tells American Banker.

So RBC has the tools, but it begs the question of whether the bank will manage to execute an ambitious project away from familiar home turf.

It is still unknown what the bank will be called, and whether it will sit under the RBC or City National name.

Read next: UK fintech global investor figures for 2019 propped up by Worldpay deal