The number of British people using open banking services through their incumbent bank has surpassed one million, doubling in the last six months. 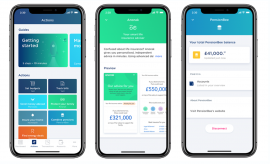 According to the OBIE, 200 million monthly calls have originated from the open banking.

The benefit of creating everything on one type of technology is “allowing people to have all their information in one place, allowing them to make really good decisions and leading to higher engagement and less stress,” implementation trustee for the Open Banking Implementation Entity (OBIE), Imran Gulamhuseinwala, tells The Times.

The institutions ordered by the Competition and Markets Authority (CMA) to comply with PSD2 were the nine biggest current account providers in Great Britain and Northern Ireland, which are Lloyds, Royal Bank of Scotland (RBS), Barclays, Nationwide, Santander, Allied Irish Bank, HSBC, Danske and Bank of Ireland.

According to the OBIE, 200 million monthly calls have originated from the open banking push which has seen the banks connect to 204 active and regulated TPPs.

Read more: New challenges due to Open Banking and the benefits of instant payments

“One million is a significant milestone, but by no means is it the end,” says Gulamhuseinwala, who pointed out at PayExpo last October that application progamme interfaces (APIs) still need better performance to be used in more business critical infrastructure models. “We’re going to tie up these loose ends” over the next nine months, he said on a panel.

Dubbed ‘the year of open banking’ by much of the industry, the technology is still limited to current account capabilities, which has prompted regulators to look at expanding the model to mortgages, savings, insurance – for both homes and cars – and pensions.

If these areas of finance are also brought under the umbrella of open banking, it would see the true creation of a ‘one stop shop’ where people could view all their finances through one dashboard.

“By creating greater competition, we are seeing innovation from new entrants and incumbents, which is leading to greater convenience and crucially greater engagement,” Gulamhuseinwala concluded.

Read next: Snoop picks OpenWrks to power its open banking