It seems that APIs are conquering the world of finance. In the past, it was mainly IT professionals who talked about APIs, but Sibos 2019, an annual banking and finance conference that took place last September in London, showed that stakeholders in the market have definitely embraced the importance of APIs. Everyone is aware that APIs play a crucial role in enabling customer data to third parties in the age of Open Banking.

This means that APIs are no longer seen as a difficult technical matter, but as a crucial building block for the future. The discussion about APIs is a clear signal to me that the digitization of banks and other financial institutions is in full swing. During Sibos APIs were regularly mentioned, especially when the topic of Open Banking was discussed. The global adoption of ISO 20022 was also mentioned, but unlike ISO 20022, which is mainly a specific topic in our industry and not really visible for consumers, I was particularly curious about the topics that directly affect consumers. I’m talking about Open Banking and Instant Payments (IP). What challenges are there due to Open Banking and what are the benefits of IP? 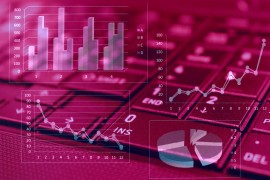 APIs are no longer seen as a difficult technical matter.

Regulatory side of Open Banking

The story of Open Banking was not just about opportunities, but also a bit of a recap about the regulatory side. Stephan Mueller, Divisional Board Member Transaction Banking at German bank Commerzbank, raised an important issue when he stated that we are facing new challenges in the field of fraud and fraud detection. “We need to look closely at who will be using the interfaces and APIs. In the past, consumers were protected by the banks, but there will be many more market players who are able to collect consumer data. The question is: will third parties abuse customer data or are they actually collecting data in the interest of the customer?”

Scott McInnes from international law firm Bird & Bird gives an example that supports Mueller’s story. McInnes: “Once a party came to me and asked if I could arrange a license to access account information. I asked what the company was up to. They said: ‘Well, we want the data to do stuff with.’ So, this organization didn’t really have an idea. This mindset might lead to potential misuse of customer data.”

The speakers of the session agreed that the most important thing is to protect consumers’ data in the right way. This is a point of view that we all share, but it immediately raises the question of how we can prevent data fraud in the future. It soon became clear that there was no one-sided answer to this question. In fact, we should all be aware of this and keep an eye on it, because it is in the interests of all finance stakeholders that consumer data does not fall into the wrong hands.

A more opportunity driven approach followed when the subject changed to Instant Payments. According to Pierre Antoine Vacheron, CEO of Natixis Payments, the added value of IP for consumers is obvious. “Not only for P2P payments, but also, for example, for consumer credit or insurance companies that can transfer the money immediately after a claim. IP will also play an important role at corporate level, as it will enable companies to change the purchasing processes and to drastically optimize their treasury management.”

“Remember, the world has become instant”, says Mueller. “If you send a WhatsApp message, it is immediately at its destination. Today, consumers expect everything to be there right away, they have no idea what that takes behind the scenes.”

It is encouraging to see that a lot of companies emphasize the future added value of IP. I also see the clear gains of this payment method. Interesting topic for discussion will be the added value of IP at the point of sale (POS), because contactless payment by mobile or card is already extremely frictionless and easy for consumers. But, as CEO Hays Littlejohn of EBA Clearing said, even POS payments need a level of service and messaging, so it is not impossible that IP will be able to play an important role in that market as well. It became clear to me that I am not the only one that thinks that IP will become the new normal in the future.