Vive, a UK challenger bank helping those with poor credit scores “revive” their finances, has secured a restricted banking licence from the Bank of England.

The restricted licence is one route challengers can take to secure a full banking licence. Known as ‘Option B’ by the industry, it grants the challenger an authorisation period of up to 12 months in which it has time to gather enough capital, people and IT infrastructure to meet full licence requirements.

Being authorised makes it easier for challengers to attract investors and in turn meet some of these final licence requirements. Vive CEO Nick Anthony tells Altfi the challenger has “more than enough capital” to launch later this year. 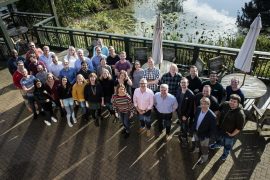 Aiming to fully launch the bank in the second quarter of 2020, the soon-to-be fully fledged neobank will offer personal loans, a fixed rate savings account and an open banking-based money manager app. There will, however, be no current account offering.

“We want to address a different segment of the market,” CEO Anthony tells Altfi. “It’s just not difficult to get a current account, so we want to focus on serving our customers with what they really need”.

“We’re looking to serve a market where it’s more difficult for customers to get banking products,” he adds, “our unsecured personal loans, for example, will be far more than the narrow offering from high street banks, aimed at helping those with less than perfect credit scores”.

Anthony is an ex-Royal Marine officer who went on to spend a year in the Ministry of Defense before joining Barclays as one of its chief operating officers. Before heading up Vive, he also spent years specialising in investment banking and risk advice.

Purposefully “kept very quiet”, the bank was founded back in 2017 and is still gathering potential customers on its waiting list. Two investors have funded the challenger so far: Turkish businessman Kasim Garipoglu and British financier Robert William Hanson.