OG Bank, a Dubai-based challenger bank also known by its digital wallet name OG Pay, has selected Bankable, the ‘Banking-as-a-Service’ provider which recently teamed up with Plaid, to power its core banking.

Set to launch soon in the UK and Germany, the neobank will focus on mobile digital banking and payments through its chat-based payments wallet. The bank says ‘OG’ stands for ‘on the go’, and is confident the “closed loop environment” of its offering – a bank, mobile wallet and digital point of sale (POS) all rolled into one – “will cause major disruption in these markets”. 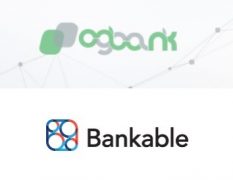 With the success of WeChat in East Asia, the challenger wants to bring chat-based payments technology across to Europe. “For the last few years a cashless race has been seen in Asia with global players emerging, however this type of technology has rarely been seen in Europe,” the company said in a statement.

The fintech believes adoption of payment wallets in the UK and Europe “has been slow”, spurring them to set their sights on the region. OG Bank’s aim is clear, to “transform [the] mobile device into a payment receiving and processing terminal”.

“We are going to ruffle feathers […] a disruption is needed and disrupt we shall,” says CEO of OG Bank and OG Pay, Mohammed Ibraheem Khan.

But Europe has not gone untouched by East Asia’s big tech giants. In June 2019, six European wallets partnered with Alipay to promote QR code-based digital payments for tourists in Europe and China. Bluecode, ePassi, momo pocket, Pagaqui, Pivo and Vipps are all working together with Alipay to adopt a unified QR code in a bid to unite Europe’s fragmented mobile payment landscape.

Consumer spend through digital wallets across Europe and North America was predicted to increase by 40% in 2019, to nearly $790 billion according to Juniper Research. The report argued that most of the growth would come from in-store payments, seeing mobile contactless payments more than double across these regions.

Alongside the UK and Germany, OG Bank and OG Pay will also launch in Pakistan, Egypt, Malaysia, Indonesia.

Read next: Challenger Longevity Bank positions itself for the silver generation