Niyah, a challenger banking app, has launched in the UK for the Muslim community. It says it’s “the first fintech Islamic banking app and ethical financial marketplace platform” to launch in the country.

The app is Shariah-compliant, which means the app will, for example, exclude investments which derive a majority of their income from the sale of alcohol, pork products, pornography, gambling, or military weapons. 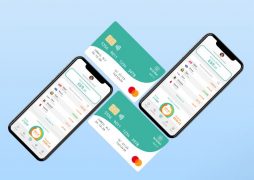 Niyah is designed to plug into “existing financial service providers”

The platform hinges on its interest-free products, which include digital bank accounts, debit cards, investments, and small and medium enterprise (SME) financing.

Start-up Niyah says its aim is to provide “a lifestyle-focused banking experience to the 3.4 million Muslims in the UK”, a population which the challenger says is “financially isolated” and has “had access to a very limited offering” until now.

And yet, the global Islamic finance industry holds more than $2 trillion in assets according to the International Monetary Fund.

“Niyah is community-focused, we have spoken to hundreds of customers about their current pain points on banking and finance,” says the co-founder and head of Islamic banking at Niyah, Safdar Alam, who says “a one size fits all approach” no longer works.

In its company statement, the challenger says: “Islamic banks in the UK are lagging in terms of digital and mobile banking,” noting that many still require customers to fill out lengthy application forms to open accounts.

Niyah is designed to plug into “existing financial service providers” so it can offer the Muslim community what is on offer for everyone, but through its own ethical financial marketplace which makes the services Shariah-compliant.