Neon, the Swiss challenger banking app, has scrapped abroad card fees for its customers in a bid to compete with the two European challengers operating in Switzerland: Revolut and N26.

The fintech hopes abolishing the fees, which was first spotted by swissinfo.ch, will help it drive customer numbers up to 250,000 over the next two years. UK’s Revolut revealed last year that it has already signed up a quarter of a million customers in Switzerland, compared to Neon’s 12,500 users at the end of 2019. 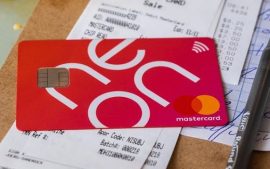 Neon co-founder: “We are going into attack mode”

From 20 January, Neon customers are no longer required to pay the 3.3% fee – which is made up of the commission and exchange rate mark up – when using their Neon Mastercard outside Switzerland. The challenger hopes to subsidize eliminating the fee with the money it makes from the new users it wins over.

“We are going into attack mode,” co-founder and chief marketing officer (CMO) Julius Kirscheneder tells swissinfo.ch. “We want to move fast and challenge the market. There is a clear need for Swiss-driven financial services of this nature.”

For ATM withdrawals abroad, Neon has reduced the fee to 1.5%. As for withdrawals at home, the first two are free and users can take out up to CHF 1,000 at a time. If they withdraw more than twice, it will cost them CHF 2 per withdrawal.

Neon is backed by its custodian bank Hypothekarbank Lenzburg and has no urgent plans to apply for a banking licence according to swissinfo.ch.

Read next: Payments industry underestimates Facebook Pay at its own peril