Payments industry underestimates Facebook Pay at its own peril

While Facebook may have missed the boat in some respects with launch of its Facebook Pay platform, people in the industry should underestimate the social media giant at their peril, say experts.

Tony Craddock, director general of the Emerging Payments Association (EPA), says that the idea of a Facebook Pay platform sends “a shiver” down his spine.

“Of course, it’s wonderful to see an innovation like this, essentially integrating payments into social media,” he tells FinTech Futures. “But it does leave me concerned when it comes to Facebook’s reputation with security and privacy.”

Facebook introduced Facebook Pay to US users back in November 2019, rolling it out across its Facebook and Messenger apps. It currently enables fundraisers, in-game purchases, event tickets, person-to-person payments on Messenger and purchases from select Pages and businesses on Facebook Marketplace

The technology giant plans to expand the footprint of Facebook Pay to more people and places, including for use across Instagram and WhatsApp.

Related: Google sets its eyes on banking in 2020

Craddock adds that what Facebook appears to be developing is an alternative to the currently established global payments ecosystem. But is there a danger that a closed system – one in which Facebook could potentially control what products people see and buy – would mean the firm controlling what people buy and pay for?

Facebook is taking a rather muted tone with the Pay platform. Perhaps it has learned some lessons from the release of the Libra whitepaper in June 2019.

The social media giant is a major backer of the Libra Association, a Switzerland-based membership consortium which aims to create a global stablecoin based on a basket of currencies, including US dollar, pound sterling, and the euro.

The announcement of Libra created a hurricane of regulatory reactions and privacy concerns. David Marcus, head of Calibra, was obligated to testify in front of US senators on the implications Libra may have on the industry.

Yet the trust issues which plagued the announcement of Libra could appear once more for Facebook as it attempts to create a payments ecosystem in which peer-to-peer payments are made entirely within its own platforms. 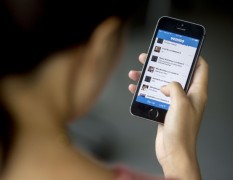 “The best way to create value in the payments game is to enable the sharing of value between internal participants,” Gary Prince, chief strategy officer of SmartTrade, tells FinTech Futures. “PayPal did this with eBay – at least initially – and found great success with it.”

Yet PayPal took on a lot of stumbling blocks when it came to tracking and preventing money laundering, suspicious payments and terrorist financing, adds Prince. The firm is currently being investigated by Australian regulators for just such problems.

For Prince, Facebook has missed the boat somewhat. “The payments game is one where you need to be all in. You can’t just dip your toe in the water. It’s extremely difficult to make money from the customer side of the market.”

Having a compelling solution is crucial, he adds. “You can’t come out and create something to solve a problem that has already been solved by somebody else.”

Facebook has listed the ability to instantly pay back friends, colleagues and family members in-app as a major draw for signing up. Faster payment settlement, argues Prince, is a section of the market that PayPal-owned Venmo has already cornered.

Venmo, founded in 2009, is a payments rail that broke into the industry on the premise of being faster and more convenient than using standard bank transfers in the US. It handled more than $27 billion in transactions in Q3 2019.

“This is certainly not Venmo but Facebook,” says Craddock. “It is trying to compete directly with Venmo, and what is going to be interesting is whether acceptance at point of sale will be possible – that the retailer would sign up through Facebook at one level and be able to accept transactions.”

“What is certain is that this signals the potential for a shift to a new payments system outside our current one. Firms should underestimate Facebook at their peril.”