Central banks in Europe, Japan and Canada have formed a group to assess the “potential cases” for a central bank digital currency (CBDC) in each of their countries.

The last few months have seen China make significant progress with its digital yuan, the Bahamas announce its new digital Sand Dollar, and the US ‘Crypto Dad’ Christopher Giancarlo announce his plans to promote a blockchain-based US dollar in a new think tank with Accenture. 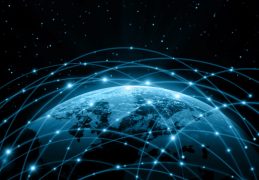 Central banks in Canada, the UK, Japan, Switzerland, and Sweden are teaming up

“The group will assess CBDC use cases; economic, functional and technical design choices, including cross-border interoperability; and the sharing of knowledge on emerging technologies,” the BIS said in a statement.

Co-chaired by BIS’s innovation head Benoît Cœuré and the Bank of England’s deputy governor Jon Cunliffe, the group will also “closely coordinate” with the Financial Stability Board and the Committee on Payments and Market Infrastructures (CPMI).

“This is another excellent, progressive, yet necessary step from the Bank of England and other central banks,” says senior associate Bradley Rice at law firm Ashurst. “The bank has trialled proof of concepts for digital currency in the past but the technology was not there”.

Traditionally opposed to the blockchain technology which facilitates cryptocurrency, Bank of England governor Mark Carney has more recently promoted the idea of a digital currency. “[A digital currency] could dampen the domineering influence of the US dollar on global trade,” the governor said to an audience of central bankers in Wyoming in August 2019.

Unable to see the central banks give up their control of monetary policy, Rice says the combination of pioneering projects by private companies such as Libra, the power and growth of China alongside other emerging economies and “the fight the US will put up to maintain the status of the dollar” means “it makes perfect sense for the bank[s] to take this action”.