Aiming to close the funding in the first half of this year according to “three people close to the company”, the challenger will be working with both new and existing investors. 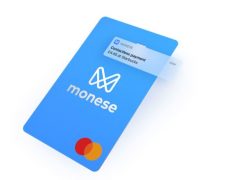 Monese is closer than some of its peers to reaching profitability

“It’s clear another [investment] round has to happen,” Monese’s CEO Norris Koppel tells Financial Times. “What we are intending to do with our next raise is raise enough capital to take us all the way through to profitability.”

Monese announced it has also hit two million sign ups, which it said means the banking app is on track to sign up more than 5 million users in 2020 at its current growth rate. Founded in 2012, the challenger saw its sign ups rapidly increase last year, doubling from one to two million between May and December 2019.

Koppel says the challenger has seen particular growth in Paris and Berlin, as well as experiencing “tremendous growth in Europe” as a whole. Although it does not have a UK banking licence, it is regulated by the Financial Conduct Authority (FCA) which means deposits on its platform are safeguarded at major banks separate from the company’s own funds.

Closing its last fund raise of £46 million in 2018, Monese is closer than some of its peers to reaching profitability. With revenues of £5.5 million and a pre-tax loss of £12.7 million in 2018, Monese is ahead of Starling Bank, Revolut and Monzo – whose pre-tax losses were £26.8 million, £32.8 million and £33.1 million respectively in the same year.

Confident that Monese’s focus on those with thin or non-existent credit files will make it far easier for the banking app to reach profitability, Koppel reasons that charging premium fees will be easier because its users regard Monese as their primary bank account. Fellow challengers are still battling with incumbent banks to secure this ‘primary account’ status.

“It’s incredibly challenging to win customers over to be their primary account if you’re trying to get them from traditional banks,” says Koppel, “but for the majority of customers we’re a new account in a new country, so we can get that primary relationship going from the start”.

Read next: Qonto raises $115m round led by Tencent