Lydia raises €40m in Tencent-led Series B funding round

French mobile payments start-up Lydia has raised €40 million in a Series B funding round led by Chinese conglomerate Tencent. 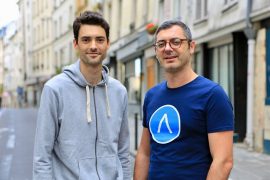 The round, also featuring NewAlpha Asset Management, XAnge, and prior investors CNP Assurances, is the fourth for Lydia since its founding in 2013. It has raised more than $73 million in that time.

Lydia claims to have three million users in its home country, and that 25% of French people between 18 and 30 operate an account with the firm.

A founding member of France Fintech, the firm says that its name is used by French millennials as a verb, similar to the phrase “Venmo me” in the US.

“With the new funding round and a partner like Tencent, who will help us save a lot of time and avoid costly mistakes in this scaling-up phase, we have all the reasons to be very ambitious.”

“With its engaged user base and execution capability, we are confident that the company will capture the opportunities and become a European leader in mobile financial services.”