ISO 20022: stepping in the right direction 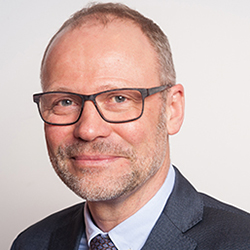 As the 2021 migration deadline for ISO 20022 [ISO standard for electronic data interchange between financial institutions] approaches, industry preparations are ramping up.

Over the next few years, the world’s major market infrastructures (MIs) – including the US Federal Reserve, The Clearing House, the Eurosystem, EBA Clearing and the Bank of England’s real-time gross settlement service, will each migrate to ISO 20022 – Swift’s new global standard for payments messaging.

The switch to ISO 20022 lays the foundation for greater payment processing efficiency and interoperability, improved customer experience, streamlined compliance procedures, and the capability to deliver new services. Preparations among MIs are now well underway, with most banks, corporates and other important financial stakeholders following suit. The scope of this transition is enormous, so it will not happen overnight or be without its challenges.

Fortunately, these challenges are being met head on. Throughout 2019 several steps forward have been made, with the release of numerous usage guidelines as well as the development of new Swift tools to help facilitate the transition. 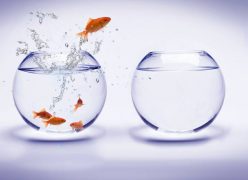 But with all this change, keeping abreast of the latest developments and understanding the key points for consideration has proved testing even for seasoned professionals. So, how can market participants ensure they are prepared for ISO 20022? The action they need to take will vary depending on how heavily involved they are with the world’s MIs, where they operate and what their business is – be it financial services or corporate.

Ahead of the 2021 migration, the world’s MIs and Swift, the global body steering the migration in the correspondent banking space, have ramped up their preparations.

In the past two years, a variety of ISO 20022 guidelines have been developed, including High Value Payments Plus, or HVPS+, (in the one-to-many space), cross-border payments and reporting plus, or CBPR+ (in the many-to-many space) and user detailed functional specifications, aka UDFS (in the local euro market). Further updates are expected imminently, with the majority of CBPR+ guidelines for core cash management (Camt) Swift messages released in November, and an update incorporating approved change requests to the UDFS guidelines expected by the end of 2019. In preparation, market participants must begin to understand, and speak, the various guideline “dialects”.

In parallel, Swift, has begun developing various tools to facilitate the transition. For example, market participants will need to validate their interpretation of the CBPR+ usage guidelines and so must have the means to translate traditional Swift Fin messages to ISO 20022 messages and vice versa. In response, Swift has begun developing a translation portal – releasing the first beta version in June 2019. The second beta version, set to be released in December 2019, will include a “Google translate-like” feature, provisionally known as the translation sandbox.

Additionally, in instances where the infrastructure is not yet ISO 20022 ready, incoming payment messages will have to be translated from the new format to the old Fin format to allow for further processing. In anticipation, Swift has developed a translation service during the coexistence period for incoming messages, with three primary delivery models: central translation in flight, central translation via API, and local translation. Which makes most sense to use will depend on the business model of the organisation in question.

While MIs and Swift continue to lead the charge, the need for both global and regional banks to take their own decisive action is growing. Global banks face the greatest impact, with the new format set to affect all aspects of the payment chain – from their handling of structured payment-party information at the initiation stage to the provision of Camt statements once the payment has been settled. As a result, these banks will need to establish a global project and assess the impact the migration will have on their commercial model and local entities.

The payment chain for regional banks will be impacted in a similar way – though with a greater degree of optionality. The impact will be highest for those based in Europe, which face a hard deadline in November 2021 for the real-time gross settlement (RTGS) MI migration. Regional banks operating outside Europe will have more time and flexibility to complete their migration, though the imperative to take action sooner rather than later remains strong.

Not just another bank project

Following the migration to ISO 20022, corporates will retain the option to use various other formats for the initiation of payments. However, that should not mean they underestimate the impact on them and the necessary steps in being prepared – the shift to ISO 20022 is not “just another bank project”.

For instance, regardless of the format chosen, the content of a corporate’s account information could still be affected. For example, an incoming ISO 20022 payment will carry more or different information, such as structured remittance data and details of ultimate parties. Once received, the new information must find its place in the legacy account statement, which could impact the auto-reconciliation rate and potentially introduce exception handling.

Additionally, from November 2021 any cross-border payment sent via ISO 20022 requires information on all parties to be provided in structured data formats with additional information. This will require corporates to enhance their enterprise resource planning (ERP) or treasury management system (TMS), improve their own static data, and more importantly, obtain and complete their counterparty data with the full address.

So, corporates should begin to engage in industry discussions and begin a dialogue with banking partners and enterprise resource planning and treasury management system providers to understand how their payment and account information products may be affected. Depending on what this impact is, they might need to invest in their solutions – ensuring they are able to meet the changing requirements of the new format.

The advent of ISO 20022 is now firmly on the horizon and more new guidelines and tools will be announced and released over the next year for market participants to assimilate. Ultimately, whether a global bank implementing a seemingly all-encompassing project, or a small corporate preparing minor infrastructure changes, each of them will need to plan their journey and begin to move in the right direction.