Til a mortgage do us part

The other week I sat in a conference room listening to a company say it could predict if someone is about to get a divorce just by looking at a their banking patterns. Despite the whole plethora of things we can now do with Open Banking, bringing to light such a private event as this was not something I expected could ever become common knowledge for banks.

It’s still a way off from becoming a marketable service, namely because of the moral implications which come with determining someone’s financial credibility against evidence yet to materialise, not to mention the sensitive nature of said evidence. 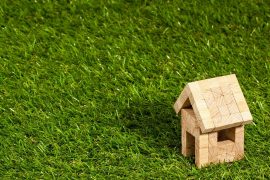 But the capabilities are there, and it comes at a time when the lendtech market is beginning to question whether three months of bank statements is really enough to determine whether someone can afford a mortgage. Some industry leaders are suggesting banking histories as long as 24 months should be examined so firms don’t miss quarterly, bi-yearly and yearly spending patterns.

As someone who grew up often hearing her dad refer to the UK’s 2008 great recession, then went to university after fees were increased twice by a government who promised it wouldn’t touch them, and graduated into a housing market seemingly impossible to penetrate, I’m already acutely aware of the need to maintain a financially stable profile in the face of an everchanging economy.

So, the idea of throwing divorce into the mix as another thing to avoid at all costs if you want to take out a mortgage feels like a bit of a kick in the teeth.

Whilst I understand why lendtech firms are beginning to pull into question the current mortgage checking system in a bid to avoid issuing loans to vulnerable people who won’t be able to pay them back, I also object to such a granular process being introduced which could further discriminate against and black-list more groups of people.

Of course, the lending industry is already side-lining minority groups when it comes to buying homes with its AI biases, proven by research conducted at Ivy-league universities like Berkeley and highlighted by Nadia Sood, CEO of CreditEnable in her exclusive two-part series for FinTech Futures.

The industry’s human biases of old have now shifted to algorithmic biases, meaning black and Latino borrowers are charged higher interest rates costing them up to half a billion dollars more every year than white borrowers with similar credit scores.

Having put the question of these biases to the industry in that conference, the response was pretty dismal. Those companies working for lenders to breakdown people’s open banking data say they are powerless to stop lenders from falling into these biases. So, it seems it’s up to the lenders themselves.

The most depressing thing I took away from that conference was that if events such as divorce, something which plagues nearly one in two (42%) marriages across the UK, ever become a determiner for whether you deserve a mortgage, then people by and large will be far more ready to hold the lending industry’s biases to account. Because ultimately it often takes something which affects the masses rather than the minorities to drive us to act.