TCS migrates ABCUL credit unions to Bancs on the cloud 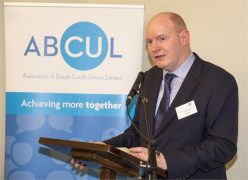 The two firms were previously involved in a migration to a shared platform from Fiserv, led by Cornerstone Mutual Services.

That project, known as Model Credit Union, halted in late 2017. While 35 of the more than 200 credit unions at ABCUL signed up, only the two mentioned made any progress prior to the project’s stagnation. A third, East London credit union, was tipped to move to Bancs but scrapped the project in favour of rolling back to a prior vendor, Kesho Systems.

East London went into administration in September 2019. The Financial Services Compensation Scheme (FSCS) is in the process of reimbursing members.

Model Credit Union was part of a broader Credit Union Expansion Project (CUEP), initiated by the UK government back in 2014.

The overall programme was valued at £38 million, with the technology portion believed to be worth around £8 million.

Voyager Alliance announced its move to TCS Bancs in September. Joe Hegarthy, chief executive of the credit union, said at the time: “We selected TCS Bancs for its successful track record of having deployed cloud-based core banking solutions in the UK for credit unions and community banks.”

Mark Lyonette, CEO of ABCUL at the time of the Model Credit Union initiative, left the association in February 2018 to join the National Pharmacy Association. A replacement, Robert Kelly, arrived in January. He moved from NHS Credit Union, where he had been CEO for over a decade.

An ABCUL spokesperson declined to comment on specifics, while TCS failed to respond to FinTech Futures’ request for information prior to publication.

UPDATE 04/12: This story was updated with clarifications about the state of East London credit union