Monzo has hired a Visa executive — who was previously with Standard Chartered — to lead its US business as it ramps up efforts to become a fully-fledged bank in the country even though complex rules have deterred some rivals, according to the FT. 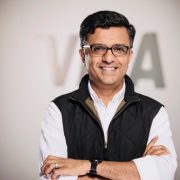 TS Anil will join the digital bank early next year.

Tom Blomfield, Monzo chief executive, says the appointment marked “one of the last steps required before we can formally file for a banking charter”. He adds that Anil had “deep banking expertise and is also just a great cultural fit” for the business.

The long-winded and complex process of winning a banking charter — or licence — in the US has put off many fintechs. In October a federal court blocked plans to make it easier for new companies to start lending. Robinhood, the $7.6bn stock-trading start-up, last week abandoned its application to become a bank.

Monzo, which is almost five years old, and its German rival N26 have licences in their home markets but operate in the US through partnerships with local banks.

Blomfield acknowledged licensing was “not a straightforward process”, but said he was “committed” to the plan and hoped Monzo’s experience working with regulators in the UK would give it an advantage compared with companies such as Robinhood.

Monzo raced to become the first of Europe’s digital banks to launch in the US this year but, unlike N26, has only opened to a handful of customers as it attempts to work out the best model to compete in the profitable but competitive market.

The bank has said it has about 20,000 US customers on its waiting list, but Blomfield declined to comment on when it would open more widely, as reported by the FT. “We need to get the product right. Until it is really humming like the UK product was in the early days, we’ll keep it small.”

Monzo has attracted roughly 3.5m customers in the UK, and said it expected to almost double its user base next year, to more than 6m. It added that it had made solid progress in increasing revenues as it attempts to move towards profitability in “the next two or three years”.

However, the bank has made slower progress in growing the proportion of its customers who use Monzo as their main bank account. Blomfield said about 31% of customers deposited at least £1,000 per month — up from only 10% at the start of 2018, but little-moved from the figure when it reported its most recent financial results in June.