Monzo’s chief operating officer, Tom Foster-Carter, is to leave the digital bank to launch a grocery start-up, according to The Sunday Times. 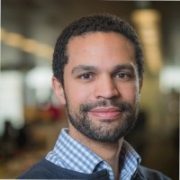 Foster-Carter steps down as Monzo COO

Foster-Carter, who became COO in August 2017, told the newspaper he was quitting Monzo to develop tech which will “help the incumbents” in the supermarket price wars.

“It is a race to the bottom on pricing. I want to be able to help them,” notes Foster-Carter.

He joined Monzo from Curve, which he co-founded. Prior to Curve, he was COO at kids banking app Osper, as well as spending three months at the London-based challenger bank Tandem.

Earlier in his career, Foster-Carter worked as a case team lead at Bain and a business analyst at Accenture.

“I have seen the power of building a product and brand that people love,” says Foster-Carter. “The time is right for me to recreate it in a new industry.”

The departure of Foster-Carter is the latest in a few personnel changes at Monzo.

In September, Monzo scrapped its Monzo Plus subscription service and replaced its 11-person development team.