US stock-trading fintech Robinhood is no longer applying to be a bank in its native country, highlighting the hurdles facing technology start-ups trying break into the banking world.

The Californian start-up, which provides commission-free stock trading, pulled its application submitted earlier this year to the Office of the Comptroller of the Currency (OCC). It called the withdrawal an entirely voluntary one. 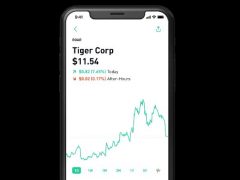 “Robinhood will continue to focus on increasing participation in the financial system and challenging the industry to better serve everyone,” a company spokesperson tells CNBC.

“We appreciate the efforts and collaboration of all the parties we worked with throughout this process.”

Worth $7.6 billion, the digital brokerage firm crossed wires with US regulators last year when it failed to launch its checking and saving services after getting insufficient insurance and approvals for the new product line.

Regulators have had their eyes on the start-up since, aware it might be dodging other regulatory scrutiny.

The OCC’s charter would have given fintechs an alternative route to a banking licence without having to go through the state.

The plaintiff and the superintendent of the New York State Department of Financial Services Linda Lacewellan called the charter which would given fintechs in the US a leg up an “attempt to usurp state authority by establishing a federal fintech regulatory framework at the expense of consumers”.

Fintechs seeking to become banks therefore still have to secure 50 separate state charters and piggy-back off well-established banks to be fully regulated.