Canadian digital bank Koho has raised a further CAD 25 million ($18.8 million) in a Series B extension following its initial round in May this year, which saw it raise CAD 42 million ($31.6 million).

Led by Duolingo backer Drive Capital, the extension round also saw participation from the venture capital arm of the National Bank of Canada – NAventures. 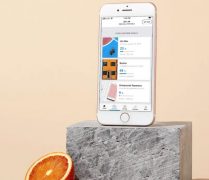 Founder and CEO Daniel Eberhard tells Betakit the start-up wants to use its now-diverse base of investors to grow and scale the business faster.

Having had a strong, dominating relationship with Portag3 Ventures, the investors which led Koho’s Series A and initial Series B close, Eberhard says the start-up now wants to restructure its board of directors to “look more and more like a traditional venture-backed company and less like a Portag3 company”.

The neobank offers a scanning tool which connects to Candian’s current bank accounts and shows them how many fees they are paying without even realising.

This is an initial draw to the platform, but once you become a Koho customer you can use a reloadable Visa card, tag purchases for spending insights, get “free financial coaching” and earn 0.5% cashback with ‘PowerUps’ – i.e. earning cashback on money you were already intending to spend.

Now with a Series B funding round total of US 52 million ($ 67.2 million), Ederhard says “the goal is to build the next great bank in Canada”.