Barclays Partner Finance, a wholly owned subsidiary of Barclays Bank authorised and regulated by the Financial Conduct Authority (FCA), is launching a 24-month interest-free deal on the new iPhone 11.

After finding 45% of Brits are collectively wasting almost £700 million by letting their mobile contract run on past the minimum term date without trading up or renegotiating their monthly fee, the financing subsidiary says it can save consumers up to £270 if they purchase directly from Apple. 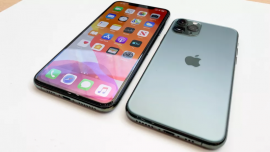 Research demised it was significantly cheaper to buy a handset with a separate SIM-only plan than to buy a monthly contract which bundles the handset, data and minutes together with one provider. The latter is currently what more than 44% of Britain’s population opt for because they think it’s cheaper.

Barclays will offer a new “pay-by-instalments” deal which consumers can take out alongside a separate unlimited data SIM-only contract, dispelling what it calls the “myth of affordability” which sees 20% of Brits incorrectly believe you can only buy the handset outright or tie yourself to a monthly bundle deal.

Trading in your existing iPhone to Apple will also get you a discount on the new iPhone 11.

Barclays Partner Finance teamed up with ‘money-saving blogger’ Andy Webb, who spent ten years at the BBC before specialising in money-saving advice articles. He reiterates that “the cheapest option is almost always to buy the handset outright, and then to shop around for the best SIM-only deal”.