2019 has been a mixed year for banking, writes David Broadbent, founder and CFO, B-North. A number of challengers have taken a hit, legacy banks are still working through PPI fees and UK productivity remains anaemic.

That said, 2019 has also been a year of new technologies that have allowed fintechs to compete harder, plus a greater drive towards digital which has benefited the consumer and spells signs of progress for the traditional big players. 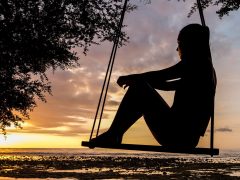 The need to go digital continues to dominate the banking conversation. Progress is slow for those who have been around since before the financial crisis – banks who must shoulder the colossal cost and risk connected with transforming legacy systems, making the adoption a slow and painful process. Change is inevitable, though, and we are starting to see the last objectors bow to the power of the borrower, either through infrastructure transformation or acquisitions.

SME lending fared less well as banks chased either the big corporations or the person on the street. The supply of credit to SMEs is drying up, driving an increase in non-bank lenders (and an increase in borrowing costs). Something needs to happen to allow the SME industry, which employs 61% of the UK workforce, to flourish post-Brexit. Faster lending approval and funding would help significantly to minimise the drop-out rate of promising yet under-funded start-ups.

Progressive cost cutting at the big banks in 2019 has led to fewer staff and therefore a drop-off in face-to-face relationships in-branch. Hard-line digital believers will hail this as progress, but do we risk going too far towards digital transformation? A dumbing down of the banking industry is possible as lending becomes less bespoke and less personal to the needs of SMEs and individuals. We foresee this trend continuing into 2020.

In February, we saw the winners of the British Competition Remedies process announced. The competition, which grants funding to challenger banks, has allowed the winners – amongst them Starling and Metro Bank – to introduce new services, technology and products, boosting competition further. What we’re seeing as a result of this is a fast shifting, increasingly evolving UK banking industry which has extremely positive potential to carry business and the economy forward. Combined with the ongoing support of the regulator and the British Business Bank, incumbents and newcomers should thrive.

Despite this, Brexit and the December election has certainly stifled investment, as investors await outcomes before making decisions. Banking is not unique in this respect, but it certainly has a knock-on effect for other parts of the UK economy, making it more important as the impact of subdued lending ripples through businesses. 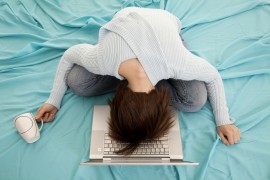 IT failures in 2019 cost banks’ reputations

Both banks and lenders alike had to pay for their sins in 2019 and answer to shareholders and customers for large-scale misdemeanours. Accounting blunders and performance issues exacerbated dwindling share prices, as did IT failings. The final wave of massive PPI payouts were sorely felt by a number of industry participants, with some seeing their profits affected as a result.

The emerging winners from banking this year were, in fact, consumers, who reaped the benefits of new technologies and new products coming to market. New apps and very competitive mortgage products have allowed people to manage their money better and access better funding, despite the disappearance of the Government’s Help To Buy scheme and falling interest rates on savings accounts generally.

Looking ahead, the UK economy, which has been bumping around recessionary levels all year, will likely carry forward into early 2020, while the interest rate environment will be highly dependent on the General Election result.

The long term growth rate of GDP is dented and UK productivity will continue to suffer. A chance to turn this around rests with the high productivity, fast growth SME sector – again, we want to see faster lending for high-potential start-ups. Decentralisation of decision-making for businesses from the political hub of London to Manchester, Leeds, Liverpool and Birmingham, amongst others, would help disperse the lending bottle-neck.

Meanwhile, fears over the potential risk of a consumer credit time bomb continue to grow and experts predict it’s only a matter of time before lenders and the Government fall foul of failure to repay loans. The demand for credit from consumers is a concern for financial regulators, including the Bank of England, which has demanded tougher affordability standards for borrowers. Consumers may have been the prime beneficiary of lending in 2019, but it may have come at the detriment of the UK’s lending infrastructure.

Lastly, looking at regulation for banks, we expect to feel the impact of further Basel international banking standards being phased in from 2020. This will likely lead to an increase in capital requirements for larger banks. The good news is that the UK is well regulated, ahead of the curve and exhaustively stress tested by the Bank of England, so we do not anticipate undue pressures as a result.

At B-North, we anticipate a level of turbulence ahead but we are not overly worried about perceived shocks to the UK system. It’s all to play for with the General Election and Brexit, but we are confident that, regardless of outcomes, challenger banks will continue to evolve and learn from their mistakes, while legacy banks will feel their way more completely in the new world of digital systems.

What we would like to see, however, is a prioritisation and acknowledgement of the role of the SME market to the UK in 2020. It needs to be given a chance to prove its worth by the enabling of greater lending to companies who can lead the charge.

It is an exciting year ahead for all involved.