Visa has become the latest investor in data transmission firm Lisnr, which offers an ultrasonic alternative to near-field communication (NFC) and QR codes. 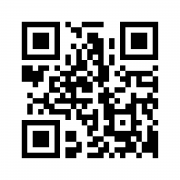 Cincinnati-based Lisnr revealed this week that Visa had participated in its closed Series C venture capital fundraising. The two firms are now working on a commercial beta-testing of Lisnr’s ultrasound payments technology.

The value of the investment has not been disclosed.

Lisnr hopes to usurp the ubiquity of NFC and QR payments via its ultrasound delivery system, which can transfer payment details and authentication using sound waves between devices.

The firm has raised $30 million from seven funding round so far, the latest coming in a May 2019 venture round which saw it raise $15.6 million.

Among its investors are Intel Capital, Synchrony Ventures, and Jump Capital.

“It decentralises payment scenarios across a wide range of payment moments with advanced data protection, ability to transact at a distance and concurrent transactions – all which are designed to accelerate payments overall.”