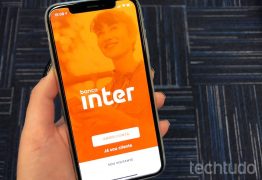 Reuters reports that the bank plans to launch a ‘super app’ later this month, which will offer customers a ‘one-stop-shop’ for services such as ride hailing and food delivery.

Although Banco Inter’s free checking accounts had attracted 3.3 million clients by the end of September, president João Vitor Menin told Reuters the bank wants to get more of its depositors to borrow. Although Banco Inter estimates it has a 2% market share in terms of bank clients, its share of the loans market was just 0.2% in June.

Menin also says that small enterprises are likely to be attracted by an upcoming partnership with a card processing company.

Japan’s SoftBank bought a 14.9% stake in Banco Inter earlier this year for about BRL 1.5 billion ($370 million), making it the conglomerate’s second biggest Latin American investment. When the new app is launched it will take on delivery app Rappi, Softbank’s largest venture in the region.

According to the Nikkei Asian Review, SoftBank Group’s Vision Fund took a major hit to profits in the July-September quarter from its investments in ride-hailing companies like Uber Technologies, as transportation and logistics become the make-or-break sector for the fund.

The tech investment fund’s cumulative profit — both realised and unrealised gains since its launch in 2017 – totalled $11.4 billion at the end of September, a roughly 40% plunge in three months.