Backbase’s biggest challenge comes from its customers – well established banks – and “getting them to commit to digital transformation,” says its CEO and co-founder, Jouk Pleiter.

Branding his fintech “the white-label neobank”, Pleiter tells FinTech Futures “we do compete with neobanks” but the biggest challenge is in fact getting older banks with heavy legacy systems to fully commit to a “neo-reality” digital transformation. 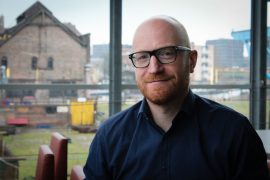 Successful digital transformation depends on the “willingness of the banks” to undergo it, says CEO

The CEO says 90% of banks are convinced digital is an issue they need to address, but it’s about how concerned they are.

“Are these guys going to really make the change or are we entering into a massive classic IT project?” questions Pleiter as he weighs up what matters when embarking on a new partnership with a banking customer.

“It’s super important for traditional banks to fight back,” Pleiter stresses, pointing out that the dream of signing a contract for Backbase to make a bank ‘go digital’ is often hit by the reality: “One day you [the bank] need to go to the gym yourself to get fit”.

So it’s a two-way relationship. Successful digital transformation depends on the “willingness of the banks” to undergo it on their side too.

When asked about the inevitable lay offs which come with restructuring a bank around digital, Pleiter does not shy away from the reality of this.

“What we do automates a lot of manual stuff,” he says, admitting banks do need less labour. “It’s not so nice for the people but banks will go out of business all together if they don’t go digital”.

Whilst on the other hand, Pleiter brings up the issue of neobanks doing the opposite by rapidly scaling its people count. “Nikolay, how are you going to manage that?” says Backbase’s CEO in response to Revolut’s CEO, Nikolay Storonsky, announcing it will hire 3,500 people.

Other than competition from neobanks and the challenge of its customers’ commitments to digital, Backbase has a pretty clear road to success.

“Backbase is like the Switzerland” of its industry, says Pleiter, who feels “very fortunate” that the company does not have to compete for local domination like Mastercard, Visa and other paytechs.

Pleiter ends the interview with an emphasis on the “big urgency” he sees for banks to embrace digital fully, otherwise they will simply “disappear”.