Banking software firm Avaloq is making headway into its plans for a 2020 sale or public initial offering (IPO). 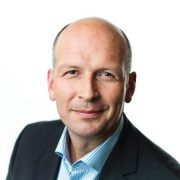 According to Reuters sources close the matter, private equity shareholder Warburg Pincus is keen to seek an exit from the Swiss firm. It currently owns 45% of Avaloq and could seek an auction as early as 2020.

Warburg Pincus acquired its stake in March 2017, at that time grabbing 35% in a deal valuing Avaloq at $1.1 billion.

Since the company was established in 1985 by Francisco Fernandez as BZ Informatik Aktiengesellschaft, the IT subsidiary of BZ Bank, Avaloq has become a major provider of core banking software, digital banking and digital wealth management.

In an interview with FiNews, Avaloq CEO Juerg Hunziger said that an IPO would only be one possible route for the company, and that it would not rule out a partnership or trade sale at some point in the future.

At the company’s 2019 customer conference, attended by FinTech Futures, Hunziger said that is was Avaloq’s responsibility to “prepare for the future”.

The technology firm recently completed “Project Rainbow”, a migration of 900 Raiffeisen bank sites in Switzerland to its core banking system.